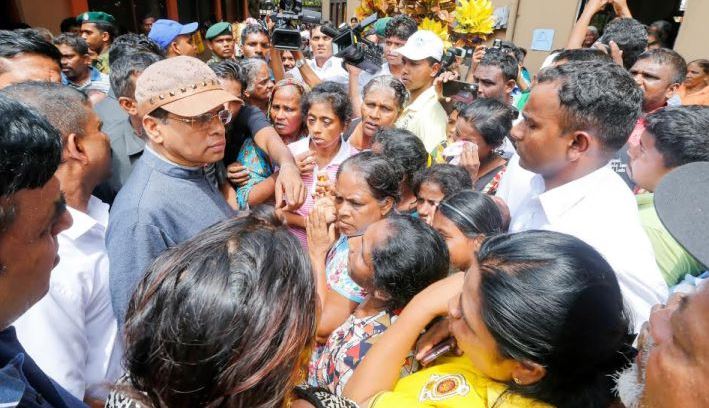 A Special Presidential Task Force has been stablished under the instructions of the President to manage the current disaster situation in the country. This Task Force will cover all aspects of the disaster management and will be headed by the President’s Secretary P.B. Abeykoon, reports Presidential Media Unit.

The first meeting of the Task Force is to be conducted tomorrow at President’s Office. To begin with the task force will cover the areas of reconstructing the damaged houses, resettle the disaster affected victims in safe zones, and provide solutions for health concerns of affected population and many other issues.

Monetary Donations may be also made at the nearest Sri Lanka Embassy / Mission.

Meanwhile the United Nations continues to support the Sri Lankan Government in its efforts to respond to the needs on the ground, spokesperson for the UN Secretary-General Ban Ki-moon, Stephane Dujarric had said, reports Daily Mirror

The Office for the Coordination of Humanitarian Affairs (OCHA) said that according to Sri Lanka’s Ministry of Disaster Management as at 20 May, nearly 428,000 people in the 22 districts of Sri Lanka were reportedly affected by floods, landslides and heavy rain.

“International NGOs are organising a joint rapid assessment in 11 districts starting today to obtain further information on the needs on the ground,” the Spokesman said speaking at a UN noon briefing yesterday.