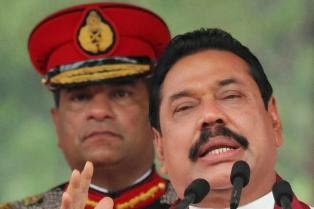 Petition against CJ’s appointment
A five judge bench of the Supreme Court yesterday declared that the President had legal immunity under article 35 of the Constitution of Sri Lanka and that his actions could not be challenged in Court.
The Supreme Court declared the judgment in respect of the fundamental rights violation application filed by the Centre for Policy Alternatives and its Director P. Saravanamuttu, who had complained of the appointment of Mohan Pieris as the Chief Justice subsequent to the impeachment of Chief Justice Dr. Shirani Bandaranayake.
The Attorney General Palitha Fernando PC took up the preliminary objections that the President had legal immunity according to the Constitution of Sri Lanka. The supreme Court upheld his objection.
The bench comprised Justice Saleem Marsoof, Justice Chandra Ekanayake, Justice Sathya Hettige, Justice Eva Wanasundera and Justice Rohini Marasinghe.