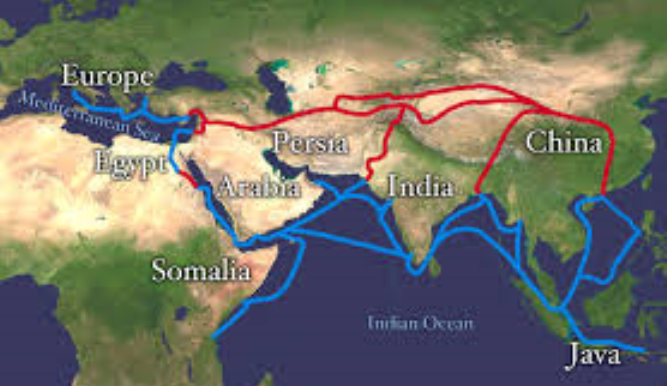 Sri Lanka stands to gain from the proposed Maritime Silk Route policy of the Chinese government as the island’s location puts it in a prime position to act as a hub for South Asia and link to Africa and the Middle East, the Chinese ambassador to Sri Lanka Wu Jianghao has said.

“We are confident to say that Sri Lanka will see a lot of development opportunities and will play a very important role during the cultivation and building process of the new Maritime Silk Road,” the Chinese Ambassador has said.

In an exclusive interview with China’s official news agency Xinhua, the Chinese Ambassador has said that engagements are already proceeding and a special delegation from the Chinese government is visiting Sri Lanka to explore the role the Sri Lankan government can play in the process of building the Maritime Silk Road.

Sri Lanka was the first country to express its support for the Maritime Silk Route policy.

The ambassador has noted that China and Sri Lanka’s cooperation has grown significantly and greater trade relations and mutual understanding would further enhance bilateral ties.

Noting that during his two year tenure, Chinese business delegations to Sri Lanka have increased in frequency, Wu focused on the need to enhance cooperation between the companies of the two countries by working closely as members of business councils and other organizations.

“I really hope that Sri Lankan companies could join hands with their Chinese partners to develop and benefit together during this process of promoting and realizing the development of Sri Lanka,” Wu told Xinhua.

Chinese companies in Sri Lanka are predominantly working on massive infrastructure projects in partnership with the Sri Lankan government.

The infrastructure projects include a US$ 1.2-billion coal power plant in Norochcholai, a new international port and an airport in Hambantota in the deep south, and several highways and railways.

Speaking of the trade between the two countries, the envoy has noted that at present the balance of trade is overwhelmingly in favor of China.

“This is absolutely not what we seek. First of all, China should continue to improve the circumstances to facilitate Sri Lanka’s exports to China. We have kept making efforts in this regard and with the installation of FTA in the future. Secondly, the Sri Lankan side also needs to make some efforts. Frankly speaking, the variety, quantity and quality of exports from Sri Lanka to China have not reached ideal level yet,” he explained.

Wu has pointed out that there are two solutions to even out the trade balance.

“One is that Sri Lankan enterprises make their own efforts, and the other is to expand the scale of production and improve product quality through the cooperation with Chinese enterprises,” he added.

Since the end of the three decade long armed conflict in 2009, China has become the island nation’s largest supporter with an estimated US$ 4 billion in loans for a number of mega development projects.