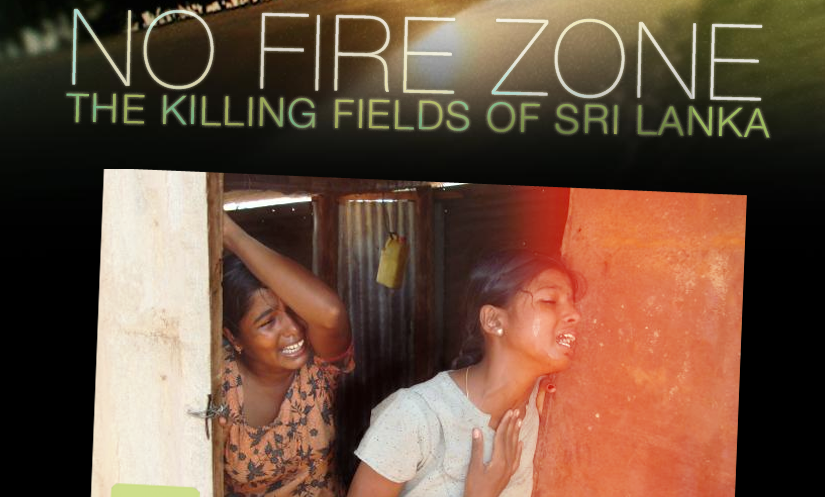 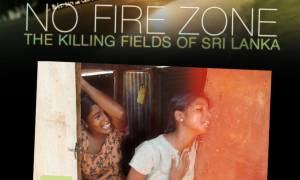 GENEVA (Reuters) – A documentary purporting to show the execution of civilians and other war crimes committed by the Sri Lankan army had its first public screening on Friday but was swiftly rejected by the government as part of an “orchestrated campaign” against it.
The documentary “No Fire Zone: The Killing Fields of Sri Lanka” is the third by British journalist and director Callum Macrae about the final stages of the nearly 30-year civil war.

“We see it as a film of record, but also a call to action,” Macrae told a news briefing. “All of it is genuine. It is evidence of war crimes and I have to warn you it is pretty horrific.”

Tens of thousands of civilians were killed in 2009 in the final months the war, a U.N. panel has said, as government troops advanced on the ever-shrinking northern tip of the island controlled by Tamil rebels fighting for an independent homeland.

The film depicts terrifying scenes from the territory held by the Tamil Tiger rebels just before their defeat in May 2009. In the so-called “No Fire Zone” declared by the army, rights groups say soldiers killed thousands of Tamil civilians by heavy shelling and massacres yet perpetrators have gone unpunished.

“The Tigers are guilty of war crimes, guilty of using child soldiers and preventing civilians from leaving, so they are complicit in some ways in what happened,” Macrae told reporters.

Sri Lanka’s government this week formally protested against the film’s screening on U.N. premises on the sidelines of the Human Rights Council. The event, organized by activist groups seeking an international inquiry into atrocities by both sides, was allowed to proceed.

“By providing a platform for the screening of this film which includes footage of dubious origin, content that is distorted and without proper sourcing and making unsubstantiated allegations, the sponsors of this event seek to tarnish the image of Sri Lanka,” Ravinatha Aryasinha, Sri Lanka’s ambassador to the United Nations in Geneva, told the audience on Friday.

Aryasinha – who did not attend the viewing but entered just after the 90-minute film ended – said: “It will take a few days, possibly weeks, before experts in the field would be able to ascertain the true facts about the contents of this film.”

Colombo considered the film as “part of a cynical, concerted and orchestrated campaign that is strategically driven and aimed at influencing debate in the council on Sri Lanka,” he said.

Some footage of troops executing naked and blindfolded prisoners are from “trophy videos” taken by government soldiers on mobile phones, according to Macrae, whose two previous films on Sri Lanka’s civil war were broadcast by Britain’s Channel 4.

Balachandran Prabhakaran, a 12-year-old son of the slain Tamil Tiger founder Velupillai Prabhakaran, is shown in a series of photographs in the last hours of his short life. He is first shown eating a biscuit while held captive by soldiers, then shot dead along with other men presumed to be his bodyguards.

“There were five gunshot wounds indicating the distance of the muzzle of the weapon to the boy’s chest was two or three feet or less. This is a homicide, murder, there’s no doubt,” forensic pathologist Derrick Pounder says in the film.

Rights groups and a member of a U.N. expert panel set up by U.N. Secretary-General Ban Ki-moon said the footage corresponded to evidence they had gathered from the conflict.

The panel, whose findings have been rejected by the Sri Lankan government, said the army committed large-scale abuses and that as many as 40,000 civilians were killed in the last months of the conflict.

“I believe that most of the footage in the film can be corroborated. In fact in our report you find references to many things you see in the documentary,” Yasmin Sooka, a member of Ban’s panel, told Reuters after attending the screening.

Julie de Rivero, director of the Geneva office of Human Rights Watch, one of the organizers, said: “The Human Rights Council cannot continue to ignore the call for an independent international investigation into war crimes that were committed.

(This version of the story adds desciption in paragraph 12 of scene featuring Prabhakaran’s son; in paragraph 13 replaces quote that pertained to another scene in film.)
(Reporting by Stephanie Nebehay; Editing by Rosalind Russell and Kevin Liffey)
Reuters