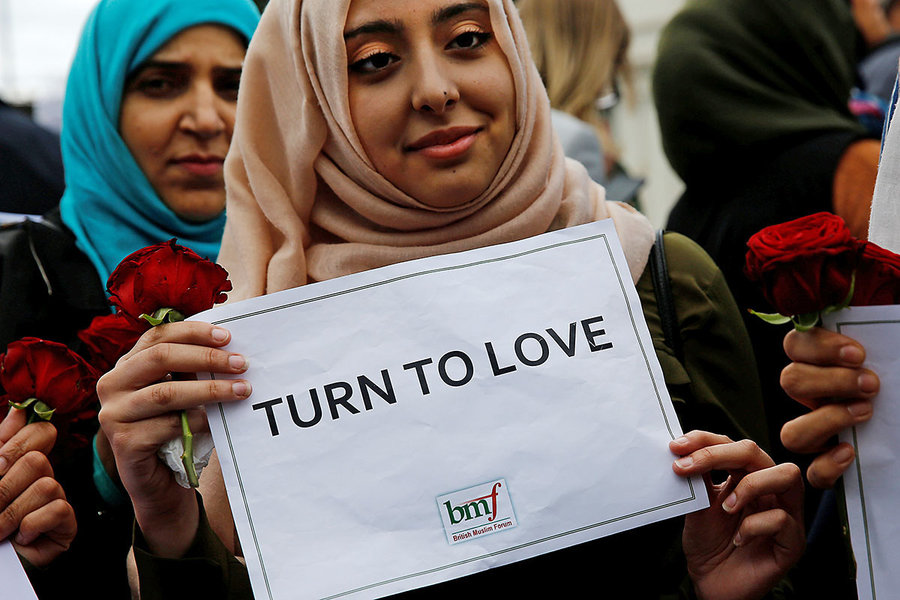 Islamaphobia was a recent addition to the political dictionary. Sri Lankan, it appears has at present been caught up in an Islamist/Muslim phobia which is a sequel to the Easter Sunday terrorist attack. However, it has not turned out to be an uncontrollable political and social force.

Politicians, state information managers and publishers, mass media, social media and irresponsible citizens have now been identified as creators of their force. Several average citizens who depend on the information sources such as T.V. and newspapers in their short discussions with me let out their Islamaphobia in such expressions as,’ Muslim people are confined to their homes, there are swords in each house as shown by the T.V., have you not seen these people beheading other as shown by the you tube?

Ven. Gnanasara had rightly predicted about them, the next victims will be temples and so on.

Having listened to then I found it difficult to enlighten them on the right path. They showed an intolerant response to my moderate views and I found total silence would be most appreciate to such occasions of such heated passions.

Among the daily e-mails recovered by me from the ‘educated’ citizens are horrendous crimes committed by ISIS, Taleban and other muslim organisation. A common denominator of such videos and other academic analysis is the anti-Islam propaganda in USA and Europe. It is global Islamistphobia literature.

It appears that this Islamophobia has become the cynosure of the society, the control of which will be Sri Lanka’s serious challenge in time to come. It appears neither the government not the defence ministry top official have a proper understanding of it.

Sri Lanka’s Islamophobia is a post 2009 development with Bodu Bala Sena being its founders who were inspired by the anti-Muslim Buddhist extremism in Burma, anti-Muslim, Christian extremist organizations in U.S.A. The then moderate political analysts sounded the alarm signal against this danger. If I remember right this was started during the early stages of Mahinda Rajapaksa’s second tenure.

Several important independence political analysts had observed, ‘the Sinhala extremist forces have found the Muslim community as the new enemy after the defeat of the Tamil armed rebellion. “If there is no enemy to the communalist politics, an enemy will be created anew’, was the observation held by several people in regard to the Bodu Bala Sena – connected Alutgama terror incidents. ‘Gnanasara Deshana’ was a formidable feature of this campaign.

That there is a danger in the radicalization of the Muslim society and in such an event the threat of a Muslim armed struggle would graver than the LTTE menace, was the view held by Sri Lanka’s moderate political observers during the events which took place in Alutgama.

Dayan Jayatilleke an ally of the Rajapaksa governments too had indicated this danger in his letters and articles. The hypotheses for this observation was that a future Muslim armed rebellion in Sri Lanka would be an extension of the international Islamic armed struggle. Consequently after the end of Eelam war the prevention of economic, social and political marginalization of especially the Muslim youth formed a subject for discussion among the independent observers of the Lankan society. Signs of a religious war of an Islamic and Buddhist identities in Burma, Sri Lanka and Thailand appeared at that time.

Meanwhile, the need to properly understand and respond moderately to the current ‘Muslim question’ has surfaced again. The deployment of the tri-forces the police and declaration of emergency need to be the first step to counts the current threat of terrorism to the country and should not go beyond, it could only be a moderate suggestion to the government at this critical moment.

It is true the National Thawheed Jamath has posed an armed thirst but what underlies it is not altogether a threat of war. It is also a political question which needs not a war solution but a political one.

This was also a lesson to have been learnt when the Tamil society was radicalised during 1970s. The political class of the Sinhala society failed to learn this lesson even after the end of the long war in 2009.

I do not know whether the government leaders and top brass of the Defence Ministry have an understanding or even-discussed the limits of the declaration of emergency and deployment of tri-forces and polices in regard to the ‘Muslim Question’. I would, however suggest it is essential to have a discussion on the ‘Muslim question’ by competent people and manage it without leaving room for it to be aggravated, so that peace and political stability in the country could be restored.

Following are a few areas for such a discussions:

There was no permanent peace in Sri Lanka even after the defeat of the LTTE militarily in 2019.

The peace was brittle within the limited meaning, ‘no war, no terror’.

The ethnic problem gradually stemming from 2009 is one transferred from the Tamil society to the Muslim society. Today’s ethnic problem in the country is centered on the decisive weakening of the traditional political amity between Ceylon Governments and Muslim Society and the Sinhala Society and the Muslim Society. The Muslim question has to be tackled politically. If it is lift to war, the danger of it being part of the global war between USA &its alleges and the Islamic World cannot be under-estimated. There is also the risk of it being a Islamic-Buddhist religious war.

Unless the Islamophobia’s extensively exposed by the TV channels, social media and newspapers are curtailed or controlled, there could be inevitable inter-communal enmity. The government leaders shows only a lukewarm interesting toward the spread of communal hatred. The civil society too has failed in this context.

Sri Lanka society appears to be morning fast towards inter-communal disharmony and hatred.

The Mass Media reports, analyses, public impression reflect the view that what is in Sri Lanka today is global Islamic Terrorism. However, Sri Lanka’s ‘Muslim question’ should be separated from global Islamophobia. That will open the way to manage and resolve the problem.