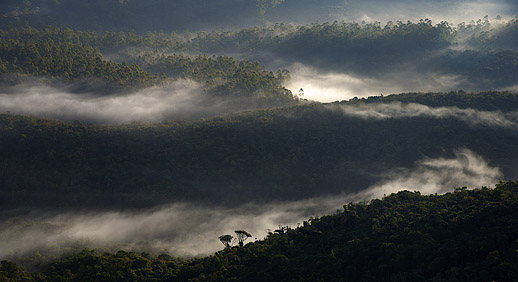 This week will probably be a week of destiny for Sri Lanka when we face the moment of truth and what our leaders and we do or do not do could reshape Sri Lanka’s history.

Our country – devastated by a thirty-year war, two insurrections and racial riots – is facing its gravest constitutional, legal and political crisis with democracy itself at stake. It is no longer a case of personalities, personal conflicts or power struggles, but a tsunami that is threatening the foundations of the people’s sovereignty – good governance, accountability and a balance of power among the Executive, the Legislature and the Judiciary.
The Constitution emphasises that people are sovereign and therefore supreme. The people’s executive power is exercised by the executive presidency, their legislative power is exercised by Parliament, and the people’s judicial power is exercised by the courts of law. That is how it should be, but the crucial question today is whether it is to be or not to be.

Last week the Supreme Court in a historic judgment ruled that the impeachment process against Chief Justice Shirani Bandaranayake was unconstitutional. Supreme Court has the sole authority to judge whether any law is consistent with the Constitution. Based on this, the Court of Appeal on Monday quashed the report and findings of the Parliamentary Select Committee which probed the charges against the CJ.

The President, the ministers and all MPs have taken a solemn oath to uphold the Constitution. Anyone who violates the Constitution could be arrested, impeached or otherwise dealt with. The Supreme Court has ruled that the current impeachment process is unconstitutional, so as the Court of Appeal. If the UPFA coalition government decides to ignore the Court orders and decides to go ahead with the impeachment process, most legal analysts believe the government itself will be violating the constitution. Worse still it will be opening the hell holes for anarchy because when the authority of the independent judiciary is undermined it means a breakdown of the rule of law. That means the horror of street justice with the people including criminals, taking the law into their hands like the two gunmen who killed the Pradeshiya Sabha member in Kelaniya on Saturday night.

The Judicial Services Association comprising more than 200 District Judges and Magistrates, the Bar Association comprising more than 10,000 Lawyers, civil action and human rights groups both in Sri Lanka and abroad have appealed to the government to suspend the impeachment process. So have the United Nations, the Commonwealth and many countries in the international community.

Pride or arrogance, the desire for personal gain or glory, power or prestige are vices and a sign of weakness. If a mistake has been made in rushing ahead with what appears to be a politically motivated impeachment process, then the government would be acting wisely and with strength if it decides even at this late stage to suspend the impeachment motion and review the whole process. If not it might be a case of barbarians trying to break down the doors of the temples of democracy.