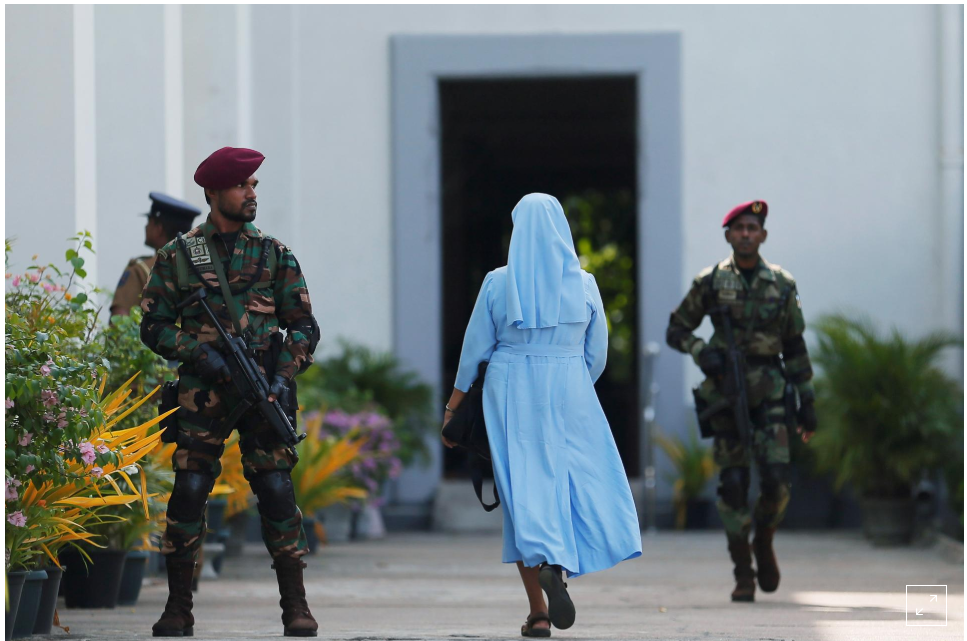 FILE PHOTO: A nun arrives as a Sri Lanka’s commando soldier stands guard in front of the main entrance to St. Lucia Cathedral as survivors and families of victims of Sri Lanka’s Easter Sunday bombing arrive for a special mass for those who lost their lives, in Colombo, Sri Lanka May 11, 2019. REUTERS/Dinuka Liyanawatte/File Photo.
COLOMBO (Reuters) – Sri Lanka on Monday extended a law granting security forces emergency powers for a fourth month following the Easter Day bomb attacks on hotels and churches that killed more than 250 people.

Under the law, security forces can interrogate suspects without court orders. More than 100 people have been arrested in the crackdown launched after the bombings, which were claimed by Islamic State.

President Maithripala Sirisena issued orders for the law to be extended for another month from midnight on Sunday, according to a gazette notification.

Sirisena said in the official notification that extending emergency rule was “in the interest of public security, the preservation of public order and the maintenance of supplies and services essential to the life of the community”.

Authorities say the threat of more attacks has been contained and security services have dismantled most of the network linked to the Easter bombings, but operations are still under way to find remaining suspects.

Sirisena told foreign diplomats in May that he planned to lift the emergency once the security situation was “99 percent” back to normal.

Courtesy of the Reuters.