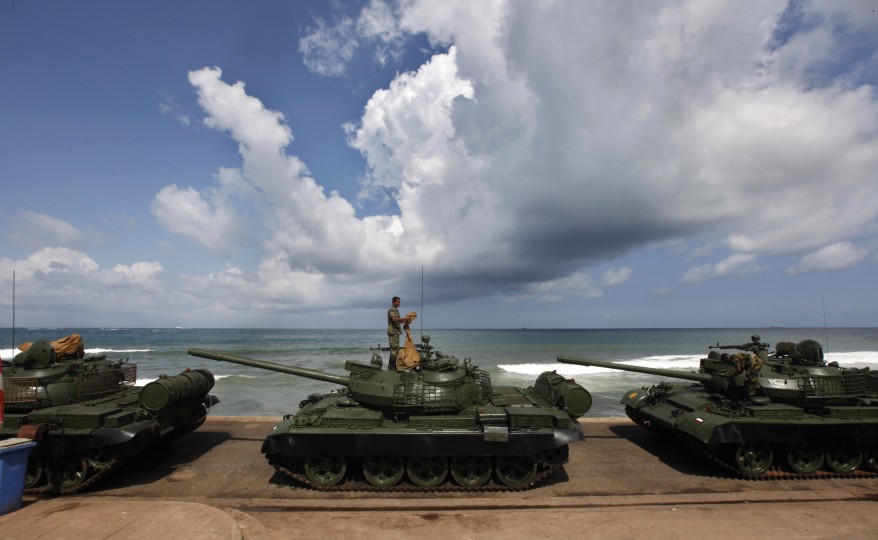 This week, the Sri Lanka Campaign for Peace and Justice (of which I am a co-director) launches a campaign aimed at promoting ethical tourism in Sri Lanka. The lobby group has recently uncovered evidence that a range of British tour operators are offering holiday packages that commercially benefit alleged perpetrators of human rights abuses.

The campaign is timely. Wednesday was Responsible Tourism Day at the London World Travel Market 2012 and, astonishingly, Lonely Planet recently listed Sri Lanka as its number one holiday destination in 2013.

A tropical island off the coast of India, Sri Lanka is a popular tourist destination with its stunning beaches, lush forests, tea-growing hills and many sites of historic and cultural interest. It was wracked by a bloody civil war for almost three decades. During the final stages of the conflict in 2009 an estimated 40,000 civilians were killed.

What many tourists do not know is that the new peace in Sri Lanka has come at a high cost to freedom of expression and the human rights of its citizens. The country is now rated the fourth most dangerous place in the world for journalists, higher even than Afghanistan. More than fifteen journalists are believed to have been killed since 2006.

At the end of the war 300,000 civilians were illegally detained in inhumane conditions likened to concentration camps. There were credible reports of coercive interrogation, torture, rape and extra-judicial killings. According to a United Nations panel: “The Government subjected victims and survivors of the conflict to further deprivation… some of those who were separated were summarily executed, and some of the women may have been raped… Some persons in the camps were interrogated and subjected to torture”

In the rush to smooth the way for tourism, the government started to bulldoze various Tamil Tiger landmark sites including cemeteries and the homes of Velupillai Prabhakaran and other LTTE leaders. The Thileepan memorial near the Nallur temple was also defaced apparently with the collusion of the Sri Lankan army. Enflaming local tensions, the authorities have proposed replacing the homes of LTTE leaders with hotels and resorts.

The presence of troops in the north and east, once Tamil dominated regions, has increased, with the military monitoring civilians and controlling many aspects of their lives. Non Sinhala communities are treated with distrust and civilians have to seek permission even to hold gatherings, including traditional religious events, sometimes resulting in the military attending private functions and taking pictures. Many of those released from camps have not been allowed to return home because land remains under military control.

The government has initiated land registration in the north and east, while prohibiting many Tamils from returning to their homes and thus making a legitimate claim. The Internal Displacement Monitoring Centre’s most recent estimate is that around 125,000 civilians are still living in temporary accommodation. They live in tents surrounded by landmines and without access to basic services, food, jobs and money. Meanwhile, the military continue to confiscate private land and designate it part of a High Security Zone (HSZ) in order to build their own houses, farms and facilities – including tourist hotels – with impunity.

Last year, Tourism Concern reported that the government and large tourism developers had forcibly displaced fishermen from the waters around the 14 islands of Kalpitiya, destroying livelihoods, threatening food security, and wreaking havoc on the environment. Some were even forced off their land, and had to go to court to get it back. The fishing community, as well as farmers, small-scale tourism enterprises and traders, claim they were not sufficiently consulted about the Kalpitiya Integrated Tourism Resort Project – Sri Lanka’s largest tourism development to date.

Many tourists never leave their hotel and most Sri Lankans are too frightened to speak about what is going on in the country. So visitors are unaware of a very different world outside the resorts where ordinary people continue to have their basic human rights trampled upon, sometimes involving violence and torture.

To find out more about Sri Lanka and how you can help go to: http://www.srilankacampaign.org/tourismdilemma.htm
HP