Sri Lanka: Enforced disappearances have become a permanent weapon in the arsenal of suppression of dissent – NfR 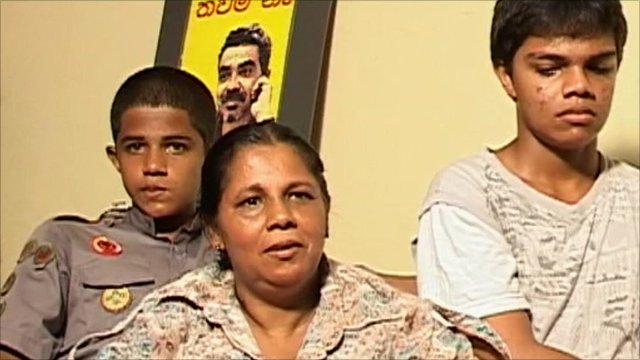 In 2010 the United Nations declared 30 August as the International Day of the Victims of Enforced Disappearances.  Every   year this day is commemorated to raise awareness on the fact that enforced disappearances of persons is a crime and should not be used as a tool to deal with  situations arising out of conflicts.  This year too, when this Day is commemorated people all over the world will call for justice for the innumerable number of victims of enforced disappearances in many parts of the world   and to  end  impunity.
NfR Sri Lanka which is a network of Sri Lankan journalists and human rights defenders joins hands on this Day with all the people who love democracy and human rights by registering its condemnation of the continuance of enforced disappearances in Sri Lanka with impunity. Over the past four decades successive governments in Sri Lankan have used enforced disappearances as  a tool to  suppress  legitimate dissent and as a method of fighting internal armed conflicts.

From the time of the first insurrection of Sinhala youth in April 1971, till the end of civil war in the North and East  in May 2009 and even thereafter, successive governments in  Sri Lankan  have used enforced disappearances as a weapon of  combat.   In 1971 a large number of Sinhala youth were arrested and killed.  Hundreds were burnt to death or killed and bodies disposed of without any inquest proceedings.  Again between 1988 – 1989 thousands of Sinhala youth were kidnapped on suspicion and summarily executed. That was during the height of what is called the ‘period of terror’ (the beeshana samaya).  Throughout the war with Tamil militant organizations since the early 1980s, enforced disappearances of Tamil youth was  a major military strategy adopted by  the Sri Lankan State to deal with their militancy. Hundreds, if not thousands,  of  militants and civilians  who either surrendered  or had been taken into custody by the Sri Lankan security forces during and after the war ended in May, 2009,   disappeared  without  any trace.

Several Presidential Commissions of Inquiry had been appointed since 1994 to inquire and investigate into incidents of disappearances of persons, to identify the perpetrators for necessary action and to make recommendations on the steps that need to be taken to prevent such incidents in the future. These Commissions were also asked to make recommendations for relief to the victim families of the disappearances.  Though the reports of the four Commissions appointed between 1994 and 1998 had been made public, hardly any action has been taken against most of the perpetrators nor had any action taken on the measures recommended to prevent such incidents happening in the future.  The reports of the subsequent Commissions on Disappearances are yet to be published and disappearances of persons continue though not as widespread as before.

The recently concluded Commission on the Lessons Learnt and Reconciliation (LLRC) recommended that the incidents of disappearances that had happened during and after the end of the war be inquired into, the government is still to take action in this regard. The behaviour of successive Sri Lankan governments in allowing enforced disappearances to continue and protecting perpetrators,  show that this is a deep routed crime which the State  condones and does not want end. The reluctance of the Government to ratify the UN Convention of Disappearances of Persons,  confirms this view.

It is a well known fact that the law enforcement bodies in Sri Lanka have now become ineffective  and  there is a complete breakdown in the rule of law.   The LLRC had recognized this situation and has recommended that the Police Department be taken out of the Defence Ministry and  placed under the supervision of an independent Police Commission.  Even this recommendation is still to be implemented.  Until there is a reform of the political system to bring about the restoration of the rule of law, the independence of the judiciary, the independence of the police service and the human rights commission, violations of human rights and disappearances of persons will continue with impunity.