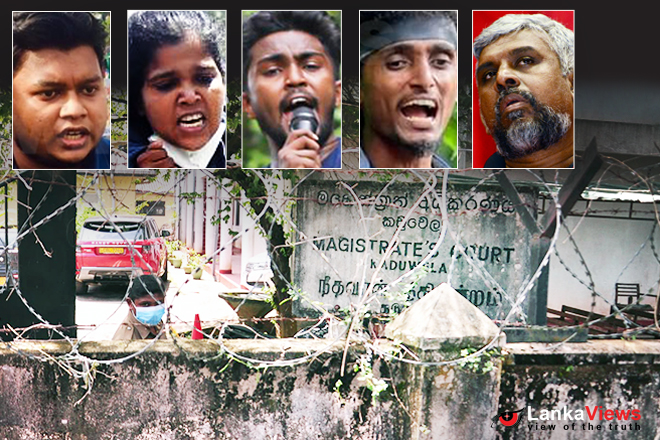 Image: 5 HRDs in detention for more than 60 days now. ( mage courtesy of Lanka Views)
In a joint statement issued yesterday (28) leading human rights organisations has called on Sri Lanka government to end to the repression, arbitrary arrests, and intimidation against protestors advocating for education rights and peacefully expressing their dissent to government policy.

The statement among other requests, urge  the Sri Lankan authorities to:

• Release all human rights defenders and activists currently in jail, taking into consider-ation the risk posed by the pandemic to prisoners and the impact on their mental and physical health;• Respect the rights of freedom of expression and freedom of peaceful assembly, in-cluding to participate in public protests;”

We the undersigned human rights organizations strongly condemn the ongoing persecution and reprisals by Sri Lankan authorities against student leaders, labour union leaders, teachers, academics, and others involved in recent protests against education policies in the country. Sri Lankan authorities have responded to the expression of dissent, protests and the exercise of the rights to freedom of expression and peaceful assembly with arbitrary arrests, intimidation, and a campaign of misinformation aimed at discrediting the work of students, teachers, academics, and union activists.

Key demands of the protests advocating for education rights since July 2021 include addressing long-standing salary anomalies of teachers and principals, and seeking the withdrawal of the Kotelawala Defence National University (KDNU) Bill, [1] which protesters contend promotes the privatization and militarization of education and threatens the future of free education and the university system in Sri Lanka.Five activists – Koshila Hansamali Perera, of the People’s Movement for Free Education; Chameera Koswatte, from the Workers Struggle Centre; Amila Sandeepa, President of the Jayewardenepura University Students’ Union; Wasantha Mudalige, Convenor of the Inter University Students’ Federation (IUSF); and Heshan Harshana, a student leader from Rajarata University – remain in detention due to their participation in a peaceful protest on August 3, 2021. They are accused of “damaging public property”, “causing injuries to fingers of a policeman” and “violating Covid-19 regulations”.

Several other activists and people connected with or supporting education rights defenders have faced arrest, threats and intimidation. At least seven people who transported protesters and provided loudspeakers to the protest were arrested and released on bail in the same case. On August 6, Thalangama police submitted the names of a further eleven people before the Kaduwela Magistrate Court including, student leaders, Udara Sandaruwan and Indika Vidanapathirana, academic, Mahim Mendis, trade union leaders, Dammika Munasinghe, Chathura Samarasinghe and Amila Sandaruwan, and activists, Sujith Kuruwita, Dhanushka Kumarasinghe, Ven. Galwewa Siridamma Thero, Ven. Tampitiye Sugathananda Thero and Ven. Thenne Gnanananda Thero. Although no arrest warrants have been issued those named have suffered intimidation and threats from police including through multiple visits to their homes, threatening telephone calls and the intimidation of family members. As a result, some have gone into hiding and have been unable to carry on their usual work or to continue to protest.

In July 2021, close to a hundred trade union leaders, political activists and teachers participating in protests were arrested and released on bail. Sixteen defenders were forcibly detained and sent to Covid-19 quarantine despite being granted bail by court and despite the magistrate refusing to order mandatory quarantine.

Since then, teachers and principals engaged in trade union action to resolve salary anomalies for more than two months have faced intimidation by the police, who went to their houses and collected information about those participating in protests. In one area, police had formally written to government officials to ask for such information. The minister in charge of the police sought to undermine the trade union actions stating that some of those participating are doing so under duress. He also threatened to investigate union leaders, and accused them of making death threats. Union leaders have denied making threats while asserting their right to request others to participate in trade union actions, which even a cabinet sub-committee engaged in negotiations has acknowledged as legitimate. Government politicians and their allies have also attempted to discredit the protesters and accused them of undermining children’s education and spreading Covid-19.

We are especially concerned for the health and safety of the five jailed activists who have been denied bail under provisions of the Offences Against Public Property Act (No. 12 of 1982).

This law denies bail except in exceptional circumstances if the alleged offence is damage to public property estimated to be above Rs. 25,000 (US$125). In a letter addressed to the Magistrate on August 4, police claimed damages of Rs. 213,633.42 (US$1,073) for alleged damage caused to police barricades and to the road resulting from burning of a mock coffin made of cardboard. Lawyers for the activists have argued that the allegations are baseless, politically motivated and a clear misuse of the law. Bail has been denied despite lawyers arguing exceptional circumstances due to the Covid-19 pandemic, upcoming university examinations and underlying health conditions.

The denial of bail is particularly concerning in light of the health risk posed by the Covid-19 pandemic and the surge in cases and deaths in Sri Lanka. Detainees are at heightened risk of contracting Covid-19 due to severe overcrowding in detention centres and prisons. Four of the activists currently detained tested positive for Covid-19 after two weeks in an overcrowded quarantine facility. Although Koshila Hansamali, who has tested positive, suffers from a pre-existing respiratory condition, she has been denied the medication she urgently needs. Repeated calls for information have not resulted in more information being shared.

The five human rights defenders arbitrarily detained have been denied access to their lawyers and family members. Safeguards such as access and transparent and effective communication by prison authorities, are critical. The detainees’ lawyers have stated that prison officials refused to allow meetings. Detainees have a right to read, examine, give instructions and approve documents being filed in courts on their behalf. To obstruct this process is a violation of the right to a fair trial and equality before the law.

We call for an end to the repression, arbitrary arrests, and intimidation against protestors advocating for education rights and peacefully expressing their dissent to government policy. We urge the Sri Lankan authorities to:

• Release all human rights defenders and activists currently in jail, taking into consider-ation the risk posed by the pandemic to prisoners and the impact on their mental and physical health;• Respect the rights of freedom of expression and freedom of peaceful assembly, in-cluding to participate in public protests;• Cease the persecution and intimidation of students, union leaders, teachers, princi-pals, academics and others involved in recent education-related protests in the coun-try;• Immediately withdraw politically motivated and baseless charges pending against the five activists, and end the misuse of laws such as the Offences Against Public Prop-erty Act (No. 12 of 1982) in reprisal for their human rights work;• Provide human rights defenders and activists currently in detention with prompt and effective medical treatment and specialized care for underlying health issues; espe-cially considering that four activists have tested positive for Covid-19 in detention;• Grant the jailed activists prompt access to their family members and to lawyers of their own or their family’s choosing, and ensure that family members are given full in-formation on their relative’s health status and medical treatment;• Prevent further intimidation and arbitrary arrest of activists and protesters, especially the eleven persons named who are at particular risk of arrest;• Secure the right to protest of all persons in Sri Lanka and cease reprisals against those expressing peaceful dissent against the government and promoting and protecting human rights in the country.