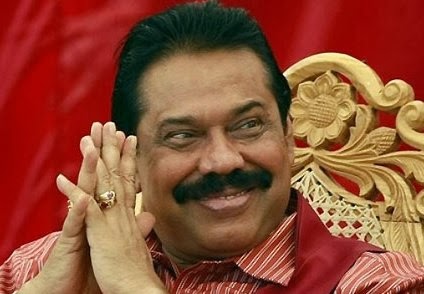 “As a President, he has the right to intervene in people’s issues. However, he is also the Leader of the United People’s Freedom Alliance (UPFA) and Sri Lanka Freedom Party (SLFP), and therefore he shouldn’t use his position to get undue… ..advantage for his Party which is also contesting the elections. That is why we object. Even though we have staggered elections, we are not saying that development should come to a standstill. But nobody, including the Elections Commissioner, Mahinda Deshapriya, can control the President, the Secretaries and the Ministries, and therefore they must control themselves and not engage in such violations during times of elections,” the Executive Director, PAFFREL, Rohana Hettiarachchi said.

Meanwhile, the Executive Director, CaFFE, Rajith Keerthi Tennakoon, said: “This is a straightforward act of election campaigning, although officially according to the law, it is not illegal. This propaganda act was done abusing state property with the radio broadcasting system, premises and equipment, are all government resources. This is a very indirect way of getting a clear advantage for the ruling Party.”

IHR NEM Media Spokesman and Legal Adviser, Chaminda Gunasekera, went on to say, “The President’s intervention is unfair to other contesting parties, and is certainly favourable to the development of the UPFA.”
By Ruwan Laknath Jayakody
CeylonToday