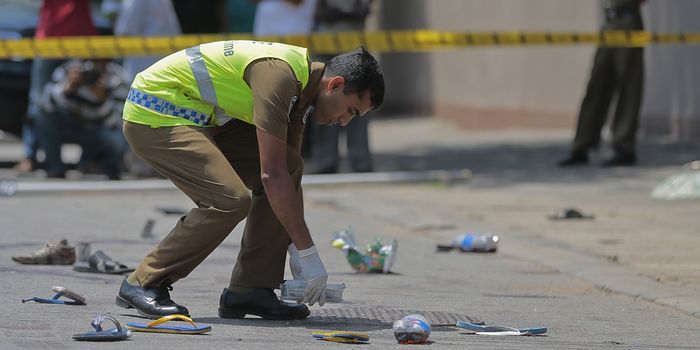 They were handing out fliers near the rally when they were sprayed with bullets shortly after Mr. Karunanayake had completed a speech and left the area.

Mr. Karunanayake’s United National Party, is seeking to expand its hold on the legislature through early parliamentary elections set for Aug. 17, while Mr. Rajapaksa is trying to regain power as prime minister after he was ousted by opponents in a vote in January.

A 42-year-old woman identified as Siththy Nasima died of her injuries after being rushed to hospital on Friday. A second 30-year-old man named Niroshan Sampath was taken off life support on Monday morning. A dozen others including one person in critical condition are still receiving treatment at a government hospital in Colombo.

Police discovered a hybrid car believed to have been used by the suspects. A cache of T-56 ammunition was found in the vehicle, which was parked near the rally. No arrests have been made.

“We have not ruled out the involvement of underworld gangs,” said Ruwan Gunasekera, a police spokesman. Security has also been beefed up at the main international airport to prevent suspects from leaving the country, he added.

“Sri Lanka’s politicians are known to use underworld gangs to campaign. This could be the result of two rival groups,” noted Campaign for Free and Fair Elections Executive Director Keerthi Tennakoon. “We feel election violence will increase during the run-up to polling,” he added.

Election monitors have recorded 644 confirmed electoral law violations since Parliament was dissolved in late June, with around 60 people arrested.