Sri Lanka Election monitor CaFFE campaigning against UNP leader: Where is the neutrality? 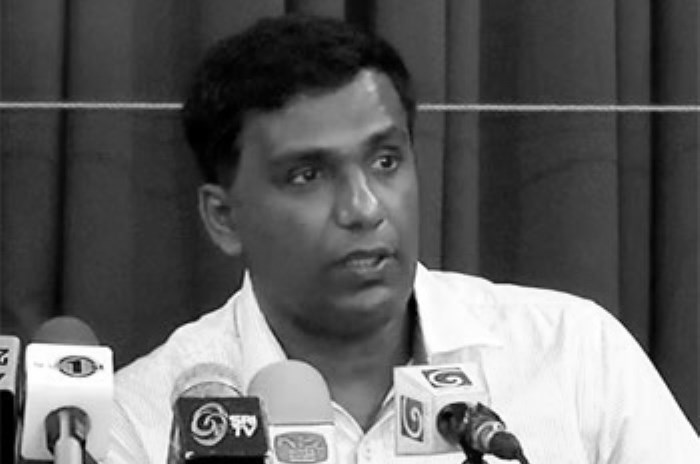 Issuing a statement on the Central Bank Bond issue election monitoring orgnisation CaFFE has clearly taken  a political position that goes against one of the main political parties contesting upcoming local government elections in Sri Lanka.

The statement questions that whether Prime Minster  ( leader of the United National Party)  is suitable to lead the country: “Isthis the kind of person we can continue to have as the Prime Minister of the country?” This is a cleat political position against one political party and once a election monitoring organisation talks such a stance it looses it neutrality.

If President Maithripala Sirisena still trusts Prime Minister Ranil Wickremesinghe, he has not read the report submitted by Presidential Commission of Inquiry on the controversial Treasury bond transactions, said Rajith Keerthi Tennakoon, Executive Director of the Campaign for Free and Fair Elections (CaFFE).

Moreover the Prime Minister has shown that he relies, not on impartial inquiry and independent investigations when making decisions on important matters but on verbal assurances given to him by his associates.

Tennakoon said that the report of the PCoI states that ‘the question of whether or not the fact that, Mr. Mahendran was not a citizen of Sri Lanka precluded him from being appointed the governor of the CBSL was not a Question of Law. Instead, it was a value judgment, which had to be made by those who considered the wisdom of appointing Mr. Mahendran, who was not a citizen of Sri Lanka, as the Governor of CBSL.

The  CaFFE Executive director added that when the Prime Minister was aware that, Arjuna Mahendran had a conflict of interest, when he was appointed the governor of the CBSL, as his son in law Arjuna Aloysius was in charge of Perpetual Treasuries.

“Is this the kind of person we can continue to have as the Prime Minister of the country? The report shows that he was not only mislead by Mahendran but also by a number of other officials. This is a man who has made a series of terrible mistakes. Anyone can make mistakes, but these are mistakes that could have been easily avoided because a lot of people were trying to show the Prime Minister what actually transpired. But alas, Wickremesinghe continues to be stubborn as ever and it’s up to the President to decide whether he can entrust the management of this country t such a man,” Tennakoon said.