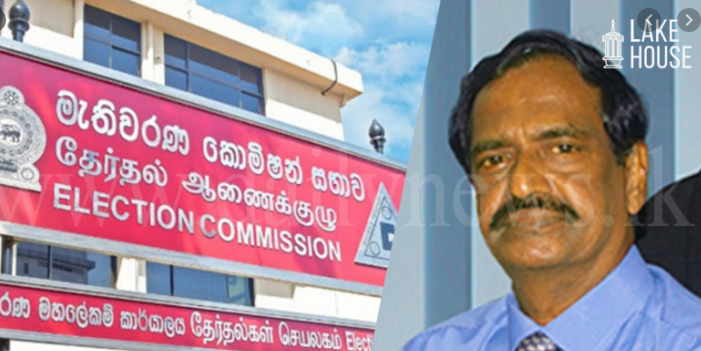 The Election Commission (EC) has decided not to register political parties whose names have a reference to ethnicity or religion as, accoding to it, parties are registered under the applicable law as ‘national parties’. If there are such references in the names or constitutions of parties already registered, they would be required to make changes as such references are against the Constitution of the country. The implication is that such parties face ‘deregistration’ if they do not comply.

Under section 7 of the Parliamentary Elections Act, a party that applies for registration must be a political party that is capable of contesting elections under the Act. The EC must be satisfied that such party has been engaged in political activities for a continuous period of at least four years, or that out of at least two candidates nominated by such party, at least one was successful at the last parliamentary general election or out of at least five candidates nominated by such party for five different Provincial Councils at least three were successful at the last provincial elections. Parties recognised under the Act are recognised for the purpose of other elections, too.

“The Act does not prohibit references to ethnicity or religion in a party’s name.”

The law is clear that a political party need not be ‘national’ in the sense that it is organised to contest elections island-wide. A party can opt to be a ‘regional’ party and contest in selected electoral districts only.

The Act does not prohibit references to ethnicity or religion in a party’s name.

The only restriction is that a party’s name should not be identical with the name of another party, or does not so nearly resemble such name as to be calculated to mislead, confuse or deceive.

The EC is thus attempting to ‘legislate’ by adding more requirements for registration. Going further, it requires parties already recognised to change their names and constitutions.

Violations of the Freedom of Association

There are other freedoms guaranteed by Article 14 (1) that have a bearing on the freedom of association. One has the freedom, ‘either by himself or in association with others’, and either in public or in private, to manifest his religion or belief in worship, observance, practice and teaching and also

the freedom ‘by himself or in association with others’ to enjoy and promote his own culture and to use his own language.

As someone who grew up in the Sama Samaja tradition, the writer wishes that all political parties be ‘national’ in another sense, that they cater to the needs and aspirations of all ethnic and religious groups. But there are many who take a different view. Many Tamil, Muslim and Hill Country Tamil friends believe that ‘national’ parties do not look after their interests. The Jathika Hela Urumaya and the Pivithuru Hela Urumaya were established by Sinhalese who believe that ‘national’ parties do not look after Sinhala interests. That is their belief, and others need to respect such beliefs.

If some people, however few in number, believe that Sri Lanka should be a Buddhist state, is it not their right to establish a party with such a goal, say so explicitly in its constitution and name the party, the Sri Lanka Bauddha Rajya Pakshaya?

What About Eelam in the Name?

The EC is not concerned that several parties, such as the EPDP and TELO, have the word ‘Eelam’ in their names. Is it because such parties claim that ‘Eelam’ is another word for ‘Lanka’ or ‘Ilankai’? The EC is also not concerned that there are parties whose names have no reference to ethnicity or religion but who cater to the interests of a particular ethnic group.

The All Ceylon Makkal Congress (ACMC) does not have the word ‘Muslim’ in its name—unlike the Sri Lanka Muslim Congress—but is a basically Muslim party. The Ceylon Workers’ Congress and the Upcountry People’s Front cater to the interests of Hill Country Tamils.

The EC would not allow a political party to even have a reference to an ethnic group or religion in its constitution. If a party does so, it is not entitled to be recognised or continue as a recognised party. But the EC would not have a problem with a party that makes no such reference but, for all practical purposes, stands for the rights of a particular ethnic or religious group.

According to the EC, such references violate the Constitution. Does a citizen violate the Constitution by taking a particular position on the rights of his community? Do not like-minded persons have the right to form a political party so that they could articulate their position collectively and more effectively? Should such parties be excluded from the electoral process?

The EC should, rather than trying to be a ‘cultural Policeman’, use its time and energy to fulfil its constitutional obligation as set out in Article 103 (2): ‘The object of the Commission shall be to conduct free and fair elections and Referenda.’