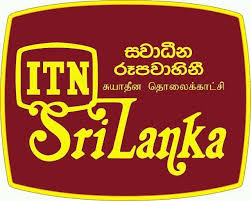 Election Commission Chairman Mahinda Deshapriya yesterday banned state-owned ITN from telecasting any politically-oriented program after accusing it of broadcasting an interview which he said was unfavourable to opposition candidate Gotabaya Rajapaksa.

The sweeping censorship of the state television broadcaster also caused a rift within the independent commission. One of the three members said there had been no decision, through consensus or a majority vote, to impose censorship and questioned the ability to carry it out.

The censorship order followed a complaint that remarks of former additional solicitor general Wasantha Navaratne Banda broadcast over ITN on Wednesday night was harmful to Rajapaksa.

In a one-page letter address to the ITN, Deshapriya said the network was also banned from carrying out any live coverage until after results of the November 16 presidential election were declared.

Deshapriya said if the network wanted to broadcast any political content, it must be submitted to the Election Commission for prior approval. He said the October 30 program known as “Seethala Eethala” (cold arrow) broadcast at 10.00 p.m. was “one-sided and caused harm to Gotabaya Rajapaksa’s campaign.”

Navaratne Banda had responded to former justice minister Wijeyadasa Rajapakshe and former senior Additional Solicitor General of the Attorney General’s Department Suhada Gamlath who had claimed they were under pressure to arrest members of the Rajapaksa regime.

Navaratne Banda had said that it was minister Rajapakshe and Gamlath who had inexplicably blocked other members of the Attorney General’s department who had recommended the arrest of those connected to the former regime.

EC chairman Deshapriya’s surprise announcement immediately caused ripples within the Commission. At least one member, Prof Ratnajeevan Hoole said he was unaware of the decision until it had already been conveyed to the ITN.

The independent Election Commission set up under the 19th amendment to the constitution should either work through consensus or majority decision of its three members, all of whom are required to ensure a quorum for its decision-making meetings.

“This is just out of the blues,” Hoole said adding that he was opposed to unilateral action of Deshapriya. There had been intense criticism of the Commission’s failure to rein in private electronic media amid allegations that were politically biased.

“I heard about the restrictions on ITN and I am shocked. Although the so called order is purported to be one signed on behalf of the Elections Commission, there has been no Commission decision like that. We have not had a meeting on the topic. ”

Hoole also questioned the EC’s ability to enforce any censorship.

“Are we going to edit ITN programs and delay them? Do we have the resources? We cannot get our Tamil and English circulars right at the Commission. How will we do this?

“This ill-advised move will deprive the electorate from balanced news coverage and put the people at the mercy of private media organisations who seem committed to a particular candidate, and it would show the people that our Commission, which must be independent, is also taking sides in this election.”

“The correct thing is to impose heavy fines for violations for fake news as provided in the Elections Laws whether by private or state media. We cannot just say “don’t do it again”, which only leads to these violations happening again – and again and again.”