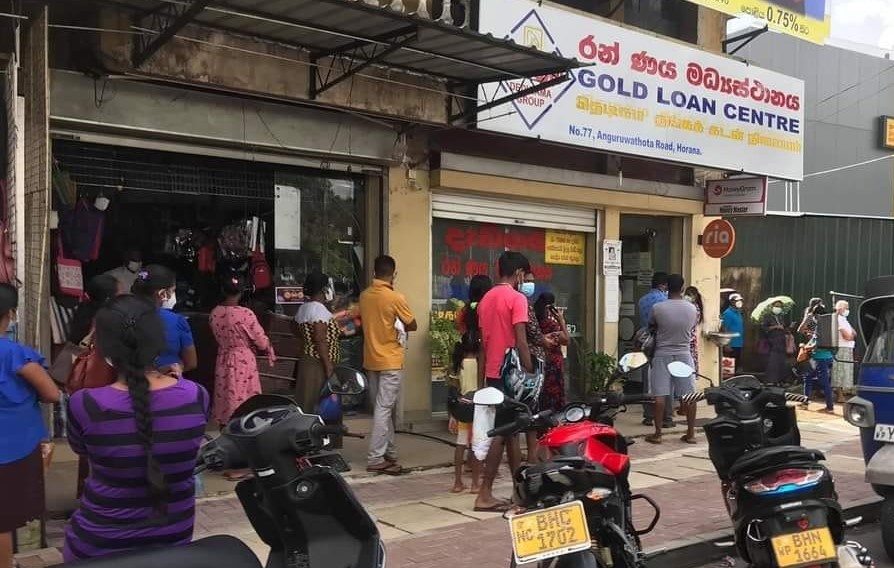 ECONOMYNEXT – Sri Lanka is in the biggest economic crisis after independence from British rule and there was hardly any tax money left for other expenses after paying state workers, Trade Minister Bandula Gunewardene said.

“To pay salaries and pensions only 1,052 billion rupees have been spent. To government’s total revenue is 1,373. It is with these taxes that state workers and paid salaries.

“So to pay interest on loans interest was 980 billion rupees, subsidies and transfers were 717 billion.

The elected ruling class gets lifetime pensions after five years in office and so do a few personal staff. Members of parliament usually appoint their wives or family members as personal secretary and similar position to get the pension.

Sri Lanka started expanding the state worker cadre after the Janatha Vimukthi Peramuna led a counter-revolution against privatization and spending controls, brought by two administrations from 1995 to 2004 and wanted unemployed graduates to be given jobs and lifetime pensions.

Then opposition legislator Mangala Samaraweera, advocated the ‘mixed economy’ the favoured strategy of Eastern European fascists, and joined the JVP bandwagon. The policies, along with protectionism and import substitution became the cornerstones of Sri Lanka’s economic strategies since then.

The policies were fully backed by Sri Lanka’s anti-austerity brigade and were also followed by the ousted so-called ‘Yahapalanaya’ regime who taxed the public to give historic salary and pension increments to state workers.

In 2015 the International Monetary Fund jumped on the JVP bandwagon, advocated raising taxes, instead of cutting spending, to give the elected ruling class and bureaucrats more of other people’s money to spend, by raising revenue to GDP to an arbitrary higher number.

The IMF-backed state expansion under ‘revenue based fiscal consolidation’ saw revenues grow from 11.6 percent of GDP to 13.5 percent.

Total state spending rose 18.7 percent of GDP in 2018 from 17.3 percent in 2014. IMF and state expansionists nostalgically spoke of a glorious past when the elected ruling class and bureaucrats had control of more than 20 percent of GDP of peoples money to spend as they saw fit.

In 2019 the state was further expanded to 19.4 percent of GDP, but revenue fell to 12.6 percent with the tax cuts in December.

During the ‘Yahapalanaya’ regime state expansionist touted virtues of ‘direct’ taxes, which kill capital and future jobs as investible capital is frittered away in current spending such as salaries. The current administration has said it will hire both unemployed graduates and those with weak education into a multi-task force to ‘reduce poverty’.

The IMF also intensified the dual anchor conflict in Sri Lanka’s monetary regime by bringing in a ‘flexible exchange rate’ (an external anchor with zero credibility) and flexible inflation targeting (a non-credible domestic anchor) which automatically led to currency crises as soon as private credit picked up.

The non-credible domestic anchor had an 8 percent inflation target, giving more than enough room to blow the currency peg apart, as soon a private credit recovered.

The stimulus bent appeared to have gained ground after Deputy Governor W A Wijewardene retired from the central bank, some analysts have said.

Stop-go picked up pace after 2015, with then Prime Minister Ranil Wickremesinghe saying he ratcheted up state salaries and subsidies to reverse a collapse ‘in aggregate demand’ from a currency collapse in 2011/2012.

Under stop-go policies involving targeting an ‘output gap’ a central bank with a soft-pegged exchange regime will inject money until the balance of payments is torn apart and will hit the brakes and bust the currency, triggering an output collapse and higher inflation.

Both the UK and US suffered from such policies especially in the 1960 and it led to the collapse of the Bretton Woods system in 1971. UK went to the IMF 11 times until so-called ‘Cambridge economics’ was defeated in 1979 by Margaret Thatcher and her advisor Alan Walters, a classical economist.

In late 2019 taxes were slashed in a ‘fiscal stimulus’ along with unprecedented monetary stimulus that had created the biggest balance of payments deficits in history.

State worker recruitment were stepped up in 2020, leading to 86 percent of tax revenues going to for salaries and pensions in 2020 and the country downgraded to barely above default at ‘CCC’ and money printing eroding reserves. 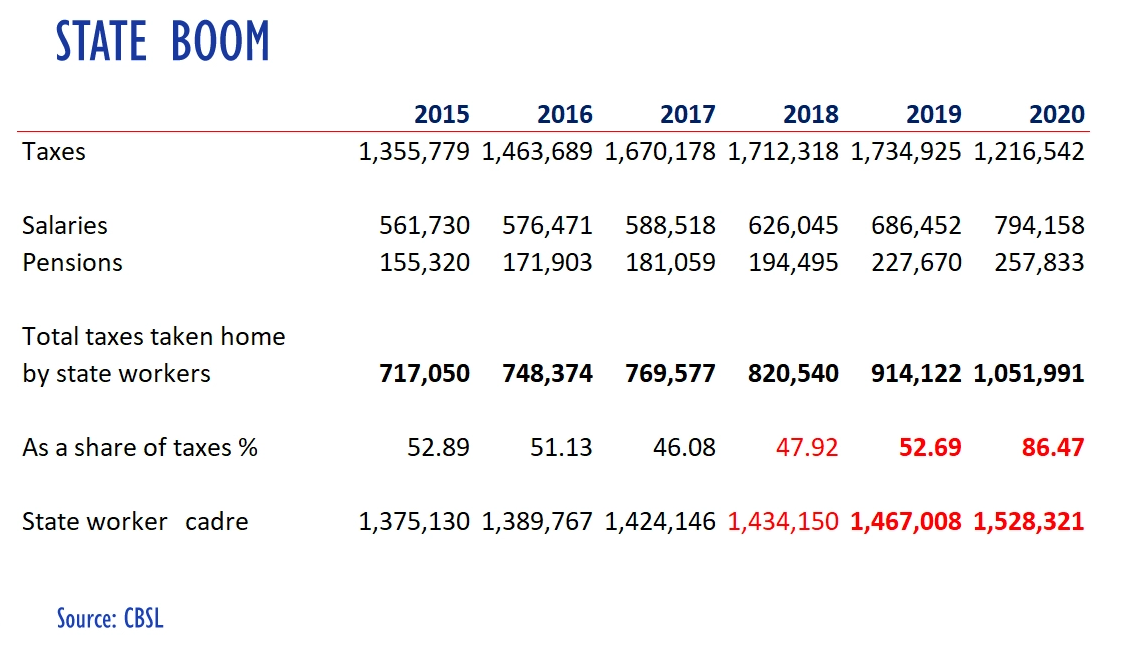 “We have to accept as this august assembly, no parliament has faced such a crisis since independence,” Gunewardene said.

Leader of the house Lakshman Kiriella charged that the current regime had created the crisis by suddenly cutting taxes December 2019.

“That is the root of the economic crisis,” he said.

The taxes were cut without parliamentary approval, in exceptional regime uncertainty. The tax laws were changed only 2021, almost 18 months later.

It is not clear whether a similar event had occurred in any other country with a functioning parliament in after the end of tax changes by ‘Royal Prerogative’.

Gunewardene said the last regime created ‘tax fright’ with a number of taxes being raised and the current administration had corrected it because growth fell.

“It is with the taxes charged on the poorest of the poor who are carrying on a daily struggle to live and the biggest millionaire that the government finds revenue,” he responded.

“When Pettah traders protested by Ravi Karunanayake used the Customs and sealed their shops of those people. That is why as soon as Gotabaya Rajapaksa got the government Value Added Taxes were cut from 15 to 8 percent, NBT was removed and income tax rates were cut.”

“It was only the Gotabaya Rajapaksa administration that had ever given a tax cut of 518 billion rupees.

“I would like to remind that all of you,” he said as government members thumped their tables in appreciation.

Sri Lanka’s rupee is now under severe pressure as unprecedented volumes of money is printed, blowing the balance of payments apart.

In most countries hyperinflation is set off by state worker and soldier salaries. While interest and debt can be rolled over as paper, salaries are cashflow items.