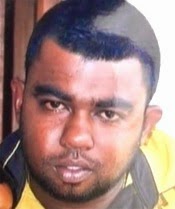 A statement by the Asian Human Rights Commission
On the night of June 11, officers attached to the Nittambuwa police station gunned down Subash Indika Jayasinghe, a 24-year-old man, for no reason. A friend named Saveen Chathuranga, 18-years-old, was accompanying Indika. Saveen describes the incident as follows:
Indika and Saveen were travelling on Indika’s motorcycle. As there was significant traffic, they were moving slowly. Some police officers stopped their motorcycle. There were four policemen. They seemed to be drunk. After Indika stopped, both the riders got off the bike. One police officer then put his pistol to Indika’s upper torso and shot him point blank.
The police officers did not make any attempt to take Indika for medical treatment. Saveen had to stop a passing vehicle to take Indika to the hospital. The officers threatened Saveen and told him not to reveal what happened. Indika did not survive.
After the incident, a police spokesman stated that the motorcycle was being driven very fast, and as the riders did not stop after the police signaled them to do so, the police shot at the vehicle. The generation of such excuses is common when wrongdoings of the police are exposed. In any case, shooting people to stop traffic violations is a ludicrous explanation.
Police officers have been given pistols quite recently. The justification for the move was that there are constant clashes between civilians and the police, and that the police officers could use their pistols to defend themselves. Given this policy, and given the reputation of the Sri Lankan police as one poorly disciplined and poorly trained, this murder comes as no surprise.
In monitoring torture in Sri Lanka, the Asian Human Rights Commission has observed that in the evenings many police officers are drunk during their shifts. One of the well-known cases of murder of suspects in custody by drunken police officers occurred in Angulana. This murder led to massive protests and the conviction of two officers.
Giving such undisciplined officers lethal weapons and authorizing shooting is one of the most dangerous and anti-people policies adopted by the Ministry of Defence.
The officers involved in this shooting should be charged for murder and a competent and independent investigatory team should conduct criminal investigations. However, what is more likely is that, under various pretexts, investigations will be delayed, paving the way for these officers to escape responsibility and, in most likelihood, they will continue their work with impunity.
In a separate incident, near the Katunayake area, police recently shot at a moving three-wheeler. The police missed their target and instead shot a bystander.
The Sri Lankan police are lawless and lack discipline; this needs addressing. It is such indiscipline and lawlessness against which the public is protesting, all over the country.
Instead of addressing the virtual collapse of the policing system, the Ministry of Defence has issued pistols to all police officers. The Ministry of Defence should be held responsible for the violence being caused by police officers with these weapons. And, the Sri Lankan public should protest against the policy of allowing police officers to carry dangerous weapons.
Share
Facebook
Twitter
WhatsApp
Pinterest
Email