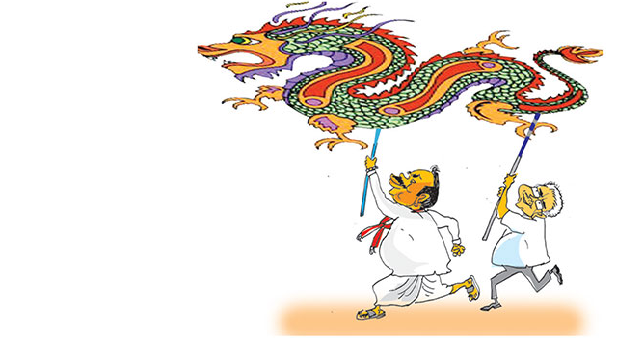 Amidst the Vaccination Chaos that has emerged in the country we see one move by the Police, somewhat belated no doubt, to break some aspects of the political dominance in the vaccination process. It is the arrest of the Moratuwa Mayor, Samanlal Fernando, for obstructing the duties of State officers at a vaccination exercise. 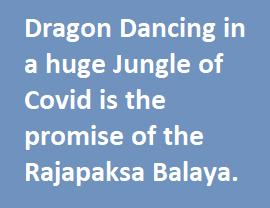 The shameful action by this local government politician was seen by the public on TV and YouTube, as he kept on insisting that the Medical and other personnel should vaccinate those who had special chits from him, before the citizens who had received official notes for vaccination. The female Medical Officer who was in charge, showed how a public servant should react to such political troublemakers. The rowdy shouting and shameful behaviour of this Mayor, in the presence of the police, too, showed the total disregard of those with shameful political power for the standards of decency and respectability, in a situation of public interest.

This man could have been arrested just as he violated all norms of decency, where people had gathered for vaccination at a church. Even this delayed arrest should hopefully send warnings to other such political villains and lawbreakers. Even a belated congrats to the Police.

But the Vaccination Chaos is part of the shameful reality of how the government is supposedly handling the Covid-19 pandemic. Praise for oneself, as the President himself did, about the control of the first wave of the pandemic, is now part of history. Today’s reality is that of complete disorganization of the virus control task, and very much the entire vaccination process.

The Moratuwa Mayor was only a public display of the Vaccination Chaos. We have seen a major trade union of Government Medical Officers, grabbing the vaccination exercise to have it administered to themselves, members of their families, and associated persons, in total disregard of the government’s officially declared priorities – as stated to the World Health Organization.

Government Medical Officers no doubt have an important role in fighting this pandemic. But, are they the only personnel involved? What about the nurses and attendants in hospitals and other treatment centres? How can one forget the Public Health Inspectors, and the Medical Laboratory Technologists? Apart from those in the medical, healthcare, public health and laboratory sectors, how about the Grama Niladharis too?

Are we now moving to the process when there will be no priority to those above 60 years, and among them those with illnesses, who are in danger from this virus infection? Are we now coming to a position when the politicians – such as Cabinet Ministers and key players in the government process, – are entitled to priorities in being protected from this virus? 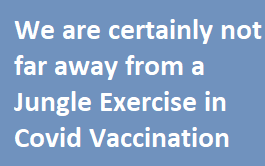 Media and Information Minister Keheliya Rambukwelle, has not denied his priority grab of Covid vaccines. Do we know who has received it, and have any journalists below the age of 60, been given priority inoculations, possibly to safeguard media freedom? Sections of some government hospitals, and some private hospitals and hotels, too, are reportedly the new centres of vaccination, away from the vaccination centres organised by the health authorities. We are moving to new policies and trends in government, with the goal of popularity through a manipulated vaccine distribution.

We are certainly not far away from a Jungle Exercise in Covid Vaccination, putting aside the entire process that made this country one of the most respected places in the world for the use of vaccines and successfully fighting many illnesses, such as Smallpox, Malaria, Poliomyelitis and many others, coming down from the later 1930s.

The Vaccination Jungle that we are moving to is certainly the showpiece of a government, and key ministers and health personnel, who took delight in making a show of drinking syrups produced by carpenters and others, who claimed they were part of the Traditional Medicine of the Motherland. It is in this jungle that we saw key cabinet ministers, including the Minister of Health, throwing pots of supposedly charmed water to rivers, to wash this pandemic away from this motherland.

As for the AstraZeneca vaccine, this government is certainly in a situation of disaster, with orders not placed in time and necessary funds not allocated. It would have been different if the officers concerned had paid enough attention to it, as was done to the distribution of “Sil Redi” to bring blessings to the Rajapaksas. The 60-plus, and many others will have to keep praying to get the next dose of this vaccine, if it ever comes in time!

With the twisting, turning and grabbing of the Covid vaccines, Sri Lanka is certainly moving far away from the countries that have properly curbed this pandemic, and are steadily moving towards normalcy in the coming months.

One does not know whether this government’s Jungle Exercise on Covid Vaccination has anything to do with the Chinese dominance over the government. The Port City Commission has much of the unknown in the form and substance of government. China has certainly carried out a proper and large vaccination exercise to control the virus that was born there. But our China followers – Cheena Golayo – will be pleased to do the dragon dancing of the Chinese in the spread and use of the vaccine. Dragon Dancing in a huge Jungle of Covid is the promise of the Rajapaksa Balaya.