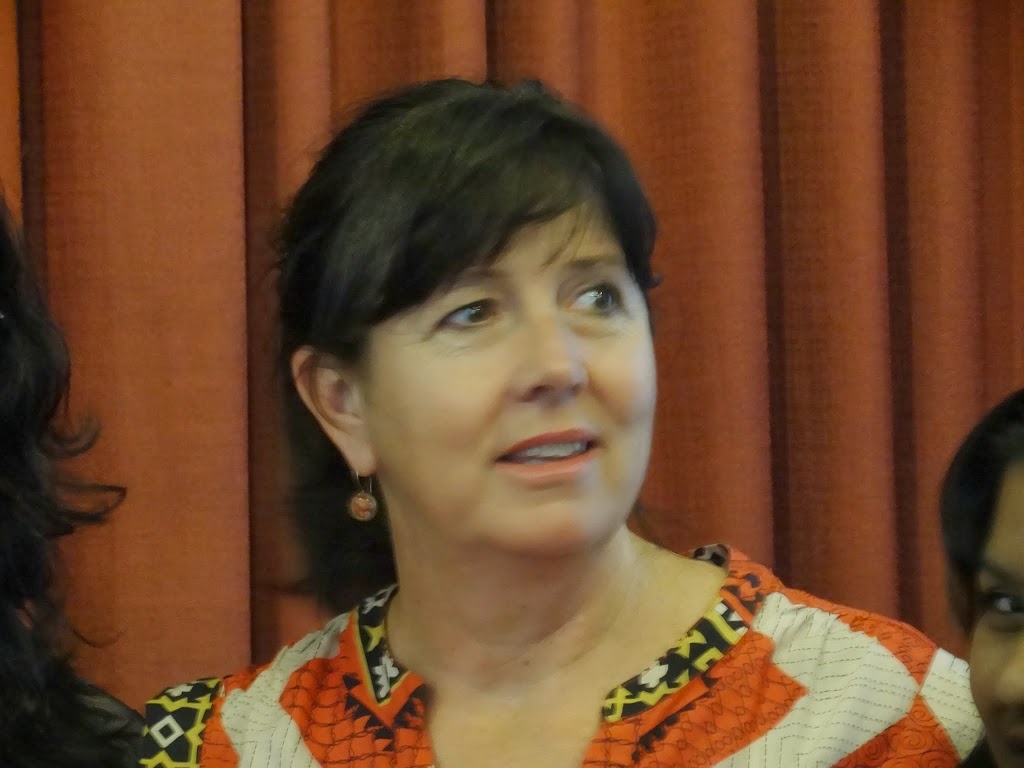 Bob Dietz/CPJ Asia Program Coordinator
With two weeks to go until the start of the Commonwealth Heads of Government Meeting in Sri Lanka, the government’s anti-media policies remain a pressing topic. There are two links below to statements by media support groups today relating to the government’s wrongful and heavy handed response to a media workshop held in Colombo this week.
In IFJ Condemns the Detention of Asia-Pacific Directors, the International Federation of Journalists took on the Sri Lankan government over the detention of its Asia-Pacific Director Jacqui Park and Asia-Pacific Deputy Director Jane Worthington in Sri Lanka for two days this week. Park and Worthington left the country today. They were detained in their hotel, questioned, not physically abused, and their laptops were copied, but not taken from them. The IFJ’s statement has a full account of the incident, but one of the conclusions they drew is that:

The IFJ believes this move by Sri Lankan officials is an attempt to intimidate and harass journalists inside and outside Sri Lanka to prevent reporting on the realities of life in Sri Lanka in the lead-up to the Commonwealth Heads of Government Meeting.

Park and Worthington were attending a seminar and workshop on media issues in Sri Lanka organized by the local Free Media Movement. They had entered on tourist visas, which it turns out is permissible — the IFJ statement says the immigration department apologized to the women for their error in saying they had entered illegally. Access for the media and accreditation became an issue earlier this year, and it appears that some foreign broadcasters critical of the government have not yet been accredited, although the government has extended the deadline for applications.
Another point the IFJ statement makes is more worrisome than expats being unduly harassed by immigration officials. And it is a concern for CPJ, too. The IFJ said:

People close to the FMM say that surveillance has been stepped up, and its members are taking a wait-and-see attitude toward how best to protect themselves now and in the long term.
The FMM might be harassed, but that hasn’t stopped them today from issuing an Open appeal to CHGOM: Ensure that the Commonwealth values on Freedom of Expression respected in Sri Lanka; Ensure unhindered access to media. “The FMM earnestly hope that delegates representing democratic traditions will raise the issue of freedom of expression rights in Sri Lanka in the appropriate forums and discussions during upcoming Commonwealth Heads of Government Meeting,” the appeal says in part.
Given the acrid media atmosphere in Sri Lanka, even issuing such an anodyne statement takes courage, particularly when two of the attendees of a professional event the group had organized have just been unfairly detained and left the country.
The FMM and an array of other media support groups have been confronting the government for years over media freedom issues. They have been detained, questioned, harassed, followed, intimidated and, at times, assaulted. Following the IFJ incident and the issuing of this statement, it must be assumed that will continue, if not get worse. For protection, it might be good of the high commissions of those Commonwealth countries attending CHOGM to offer such groups moral support,  even protection, if necessary.
Bob Dietz, coordinator of CPJ’s Asia Program, has reported across the continent for news outlets such as CNN and Asiaweek. He has led numerous CPJ missions, including ones to Afghanistan, Pakistan, the Philippines, and Sri Lanka. Follow him on Twitter @cpjasia and Facebook @ CPJ Asia Desk.
Share
Facebook
Twitter
WhatsApp
Pinterest
Email