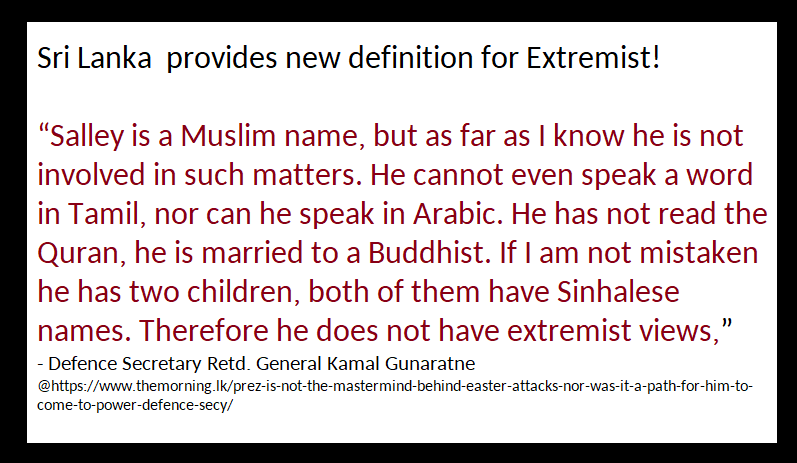 This is what he has said:

“Salley is a Muslim name, but as far as I know he is not involved in such matters. He cannot even speak a word in Tamil, nor can he speak in Arabic. He has not read the Quran, he is married to a Buddhist. If I am not mistaken he has two children, both of them have Sinhalese names. Therefore he does not have extremist views,” Gunaratne said.

According to this definition one should not have read Quran and should not know Arabic. At the same time if S/he has children they should have Sinhala names and should married to a Buddhist.