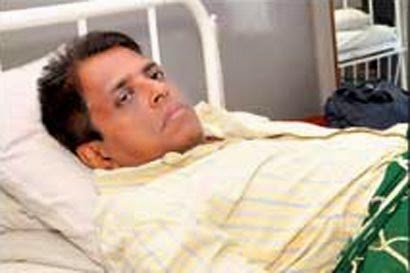 ” The Editor of the Daily News seems to be all mixed up about the American War of Independence which took place from 1775-1783 and the American Civil War which took place a century later in 1861-64, between the United States and 11 Southern states that seceded from the Union.  The Declaration of Independence is celebrated on July 4, but not the end of the Civil War which took place between the North and the South where over 600,000 people were killed. ”
DISCRIMINATION ARISES WHEN THERE IS A DIFFERENCE BETWEEN THE LAW AS IT IS AND HOW IT IS IMPLEMENTED IN PRACTICE
Press Release /National Peace Council
In response to our reply to the challenge issued by Western Provincial Council Minister Udaya Gammanpila, the Daily News in its editorial of Saturday, May 10, 2014 titled “ON POWER DEVOLUTION, AND BADLY EXPOSED NGO” declared that we had lost the challenge since the Northern Provincial Council enjoys the same powers as the Provincial Councils in the rest of the country.  There is only one law governing all Provincial Councils. There is no dispute about that.  The question is whether there was no discrimination against the Provincial Councils of the Tamil and Muslim majority areas.   There is a difference between the law as it is and how it is implemented in practice.  There is discrimination if the law is not uniformly applied.
In our reply we pointed out the discrimination in the sphere of legislative powers suffered by the North East Provincial Council when it sought the Governor’s approval for a draft Tourism Development statute on the lines of a similar statute passed by the Southern Provincial Council. The Governor turned it down and manifested the discrimination. Was it discrimination which had the backing and consent of the Government of the day or was it the individual decision to discriminate on the part of the governor?  Perhaps the Editor should ask for the comments of the Governor who is still serving as the Governor although the Provincial Council is now functioning only for the Eastern Province.
The Editor says that if the NE Provincial Council‘s powers were blocked by the Governor it is an issue applicable to all other Provincial Councils as well. We are not however aware of such blockings and would ask the Editor to enlighten us of such instances in the Sinhala majority areas where the Provincial Council is under the control of the same ruling party. In the present set up all Provincial Councils except those of the North and East are under the control of the ruling party.  No government can expect to rule both the central government as well as all the Provincial Councils when it holds free and fair elections unless it wants to be a one party state.
Discrimination is an act of a person or persons exercising power in an institution. An institution by itself is an abstraction. The State is also an abstraction and refers to those exercising power in its name. Acts of discrimination are acts carried out by human beings. Of course it is possible to set up one set of institutions for the Sinhala majority areas and a different set of institutions for the Tamil/Muslim majority areas. This has not been done but discrimination in the working of the institutions has the same effect.
GETTING IT ALL MIXED UP
In his Vesak Day editorial of Wednesday, May 14, 2014 titled “OF VESAK, AND A CELEBRATING PEOPLE,” the Editor of the Daily News writes “a gormless tract released by the organization that styles itself as the National Peace Council states that ‘no respectable country celebrates a civil war victory’, pointing to the American Civil War between Confederate and Unionist forces.”
According to the Editor, “Besides, it is a fallacy to say that Civil War victories are not celebrated in the US or any other part of the world. The 4th of July celebrations which commemorate the US Revolutionary war is also a commemoration of an American civil war as what is called the Revolutionary war was also a series of battles fought for the Union — as much as the war against the Confederates was also a war for unification. Americans fought Americans in the American Revolutionary War except that one side was comprised of loyalists who fought out of loyalty to the British Empire. So when the wooly headed simpletons of the National Peace Council say that no country celebrates a Civil War they are either saying that 4th of July does not mark a celebration or that the United States of America is not a respectable country, which opinion of course they are entitled to if they really want to believe in it…”

President Lincoln made his famous speech after the battle of Gettysburg which was an occasion similar to our Nanthikadal, where the last decisive battle of our war was fought. It was certainly not triumphalism and we re-produce part of it.  “The world will little note, nor long remember what we say here, but it can never forget what they did here. It is for us the living, rather, to be dedicated here to the unfinished work which they who fought here have thus far so nobly advanced. It is rather for us to be here dedicated to the great task remaining before us — that from these honored dead we take increased devotion to that cause for which they gave the last full measure of devotion — that we here highly resolve that these dead shall not have died in vain — that this nation, under God, shall have a new birth of freedom — and that government of the people, by the people, for the people, shall not perish from the earth.”
Is this triumphalism?  The Editor talks of celebration of victory over terrorism. The Americans do not celebrate the death of Bin Laden year after year, but they do commemorate 9/11 where so many Americans died.  By winning it civil war, the US government laid the foundations for the rights of all of its citizens, in a long process which has now seen the election and re-election of a Black citizen as its President.  This is the kind of momentous change that we need to aspire to after the end of our war, and instead of  emphasizing what is limited and divisive, we need to be looking for points of reconciliation.
Governing Council