Sri Lanka crisis: Opposition parties to form a committee to identify what is be done 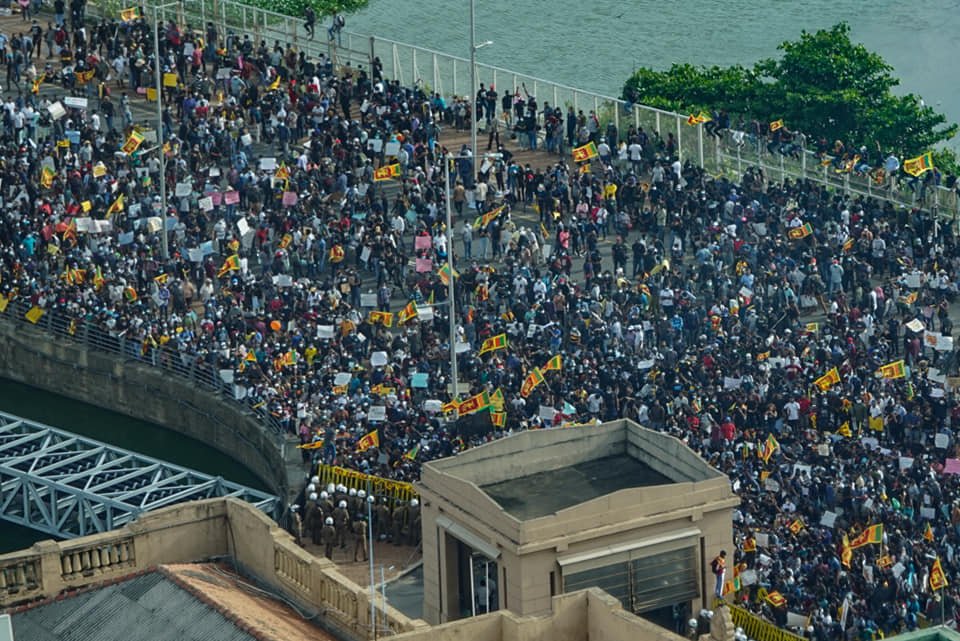 Former President Chandrika Bandaranaike Kumaratunga who played a key role cobbling together an alliance to install the previous Yahapalana government came to the forefront yesterday by calling for a meeting with the political parties and groups opposed to the government to discuss the way out of the current political crisis.

She discussed the need to appoint a committee to identify priorities to be done at this time because of differences among the parties opposed to the government on the way forward. The main Opposition Samagi Jana Balawegaya (SJB) insists that President Gotabaya Rajapaksa should step down as the first step to consider any interim arrangement.

However, the parties and the group that declared independent of the government are not in favour of removal of the president. Also, there is no consensus among them on the next leadership in the event of the Cabinet standing dissolved or the president stepping down.

Therefore, at yesterday’s meeting, the parties decided to form a committee to identify what is be done. They decided that general consensus should be there on the political steps to be taken even after the interim administration.