Sri Lanka: Crime – Something no one wants to touch 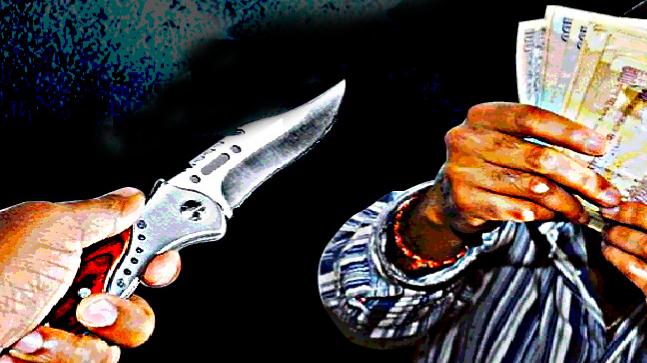 One of the things that the Sri Lankan State as well as the Civil Society itself has given up on- is the control of crime. Crime has spread into everything and continues to spread further and further. However, we see that the more crime spreads, the less amenable it is for us to look into the issues and correct them.

One of the greatest crimes spreading like a cancer in Sri Lankan society today is Extortion. Extortion has spread into everything, in practice crippling every sort of economic activity, especially at the grass roots level. Running a small shop or starting a small business will be confronted with demands from extortionists. The small profits that could be made out of these businesses are not enough to meet the demands. Even a big business like the transporting of people is rife with demands from all sides. They threaten dire consequences if their requests are denied. These demands come from highly organized groups with no way of escaping their tentacles. As extortion became widespread, every group that exercised any power, became deeply involved. They focused on getting hold of their own personal share of money from such businesses. Local Police Officers, local Politicians and Bureaucrats, ALL got their share. With that kind of ambience, pro-active, preventative efforts against such crimes became less frequent.

Of course, EXTORTION is not the only crime taking place in Sri Lanka. The drug business has also spread seriously among the population. Even the people who exercise moral authority in society no longer take much interest in fighting these evils. The nature of these crimes is usually seen in a country where there is massive unemployment and poverty. It is easy to find people to become agents of such crimes. Once a section of the poor gets a taste for this crime, as a way of sometimes making money, bad things ensue. The whole situation gets so embedded in Society that it is almost impossible to find ways to fight against it. When the poor are devoid of opportunities to make a living, it does not take long for some to decide that taking risks with crime is perhaps the most convenient way open to them. Changes come in the social consciousness of the poorest sections of society. And when that happens, there are few means to deal with such a situation. As people experience being in and out of the Courts or in prison themselves, the type of change that take place within them is beyond anyone’s expression and imagination. This is HOW crime has found its way into Sri Lankan Society.

When a problem becomes too complex, attitudes tend to adjust. Officers who are supposed to deal with difficulties go through various changes in their own approaches. They take the view that if something cannot be resolved easily, just allow it to drag on. In that way, they can avoid more confrontational approaches being taken against the evildoers. They can avoid the consequences of such confrontations. They can also try to escape the blame that comes from society by attributing the delays to external factors beyond their control. The more problems like this drag on, a climate is created which encourages criminals. They know that they do not have many formidable obstacles to face when engaging in crime. Thus, we see in the Courts, in the Prosecutor’s Office as well as in the Police Stations, the development of numerous solutions to let things go dragging on as usual.

In such circumstances, other crimes, which involve greater degrees of direct violence, take place with impunity. Murder, rape, sexual abuse, theft, robbery – all these things are increased manifold. General changes in the social atmosphere where resistance to crime is virtually non-existent, are utilized.

The consequences of the above examples are most dangerous. Cynical attitudes relating to crime develop. This particularly affects crimes relating to sexual abuse. Instead of being scandalized by such acts of violence, Society takes a rather cynical approach. It even begins to place blame on victims of crime. To some, especially the young, crime begins to appear as an adventure while social condemnation of crime becomes less and less.