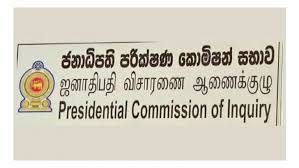 The Centre for Policy Alternatives (CPA) and its Executive Director, Dr. Paikiasothy Saravanamuttu filed a Fundamental Rights application challenging some powers granted to the Commission of Inquiry to Investigate Allegations of Political Victimization During the Period Commencing 08th January 2015 and Ending 16th November 2019 (The CoI), appointed by Gazette (Extraordinary) No. 2157/44 of 9th January 2020.

By Gazette (Extraordinary) No. 2159/16 of 22nd January 2020, the original Mandate of the said CoI was amended. Through this amendment, among other things, the CoI was granted broad powers to:

These far reaching and broad powers granted to the CoI are beyond the scope of the powers that can be legally granted to a Commissions of Inquiry as provided by law. If left unchallenged these powers would, enable the CoI to make orders which prevent, impede and/or otherwise prejudice “inquiries, investigations and legal proceedings” which are on-going or which could commence during the mandate of the CoI. In its Petition CPA noted that the law already provides safeguards to protect any person from being unfairly prosecuted and investigated. These powers granted by Gazette No. 2159/16 of 22nd January 2020 to the CoI would operate outside the established legal structures and would cause serious prejudice to victims of crimes and could potentially further delay cases which have been on-going for several years.

According to media reports, the CoI has already exercised these broad powers by ordering the Attorney General’s Department to not proceed with several cases pending in Court until the CoI decides whether the said individuals are “political victims”. It was later reported that the Attorney General’s Department had refused to follow this particular order. Whilst the Attorney General’s Department was able to refuse in this particular instance, CPA fears of more steps that can be taken by the CoI to impede any other inquiries, investigations and legal proceedings. As such, CPA has filed this Petition on the basis that these powers cannot be legally conferred on the CoI in terms of the Commissions of Inquiry Act (as amended), and that they violate the Separation of powers and the Rule of Law guaranteed in the Constitution. Thus, the granting of such powers and any attempt by the CoI to exercise these powers are in violation of the Fundamental Rights guaranteed under Article 12(1) of the Constitution.