Sri Lanka & Covid-19: The inherent danger in the Doctrine of Necessity. 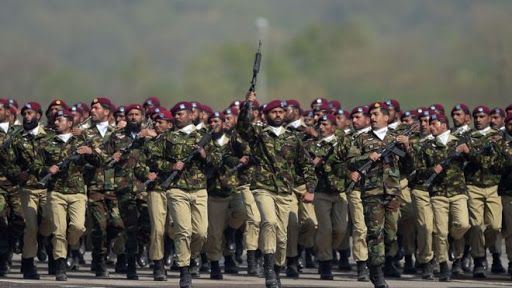 Image: This Doctrine has very bad precedents.  In 1954 Pakistan, the Chief Justice at the time validated the extra constitutional use of emergency powers to dissolve a Constituent Assembly.

The legality or the lack thereof of the ongoing curfew was briefly taken to a Court of Law this week during a bail application on behalf of an actor turned politician turned attention- grabber. The Police was not ready to challenge the defence counsel’s argument that the curfew was illegal and while the accused got bail, the question of the legality of the curfew was not what was adjudicated upon.

The curfew has been imposed under the provisions of the 1897 Quarantine and Prevention of Diseases Ordinance and not by the declaration of a state of emergency under the Public Security Ordinance or by any other means like a Gazette notification.

The declaration of a state of emergency would require Parliament to approve it within a month, and every month thereafter but Parliament now stands dissolved. This provision was introduced in the 1978 Constitution after the Sirima Bandaranaike Government brought in emergency rule in 1971 to counter the JVP uprising and kept it active till 1977, long after the insurgency was quashed. With the Government showing no willingness whatsoever to re-summon Parliament, the option of a state of emergency is out of the window even though the tri-forces are out on the streets under the provisions of the Public Security Ordinance.

All the Police headquarters announcements; the curfew violations and confiscation of vehicles, even orders to wear masks are open for legal scrutiny. However, no one is really complaining because the public is aware of how serious the situation is with the rapid spread of COVID-19.

The prevalent danger is whether the Government wishes to continue administering the country in this legal vacuum. It is not limited to the curfew. The Vote on Account that permits the Government to spend money without a budget approved by Parliament expires in the next few days. Not extending it is a textbook case of constitutional validity coming into question.

The Opposition has raised this question and the Speaker has said he does not want to precipitate yet another constitutional crisis by summoning Parliament when the President shows reluctance in doing so. The Prime Minister argues that it is within the Government’s powers to draw from the Consolidated Fund without a budget or a fresh Vote on Account. The legal validity is being argued through statements to the media.

The general public may be less than interested in these constitutional niceties in the face of a deadly virus. That does not remove the fact that the Government is bound to do what is right.

There is already the danger of pro-Government persona trotting out that exceptional circumstances require exceptional remedies. The Doctrine of Necessity is one of these arguments. This is based on an ancient legal maxim; “that which is otherwise unlawful is lawful by necessity” and that the welfare of the people is always supreme.

This Doctrine has very bad precedents.  In 1954 Pakistan, the Chief Justice at the time validated the extra constitutional use of emergency powers to dissolve a Constituent Assembly that was drafting a new Constitution on such a principle. It paved the way for martial law. Under military rule the same doctrine was used to justify the judicial murder of Prime Minister Zulfikar Ali Bhutto. The people of Pakistan have struggled ever since to restore democracy in their country. In Fiji, the superior court upheld a military coup that overthrew the Prime Minister and his Cabinet in 2006 (Qarase vs. Bainimarama 2009) on the grounds that the Commander of the Fijian Military was stepping into a “vacuum of power” to protect the existing legal order of the Republic. Both Pakistan and Fiji had been expelled from the Commonwealth Group for just such judicial-military adventurism.

This Doctrine has even been argued in the Privy Council (a 1965 case involving Emergency Regulations in Rhodesia) where a Judge held the regulations were necessary for “the ordinary orderly running of the country”. It was a minority dissenting judgment. There are such cases from Grenada, Nigeria and Nepal.

These are, however, unholy precedents to follow and dangerous arguments to advocate in Sri Lanka. And especially so when there are alternate constitutional remedies and mechanisms available to resolve outstanding issues.

The former President was fortunate to have got away lightly for tinkering with the Constitution back in October 2018 — an impeachable act on his part. Those who advise Presidents must see that their ‘client’ does not end up on the wrong side of history.