Sri Lanka: Continuing Detention of Tamil Women and a Girl Child under the Prevention of Terrorism Act 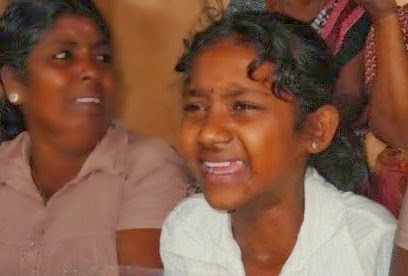 In 2009 the government announced that the LTTE has been wiped out from the country with the end of the armed conflict. However, in the past few weeks there have been a number of arrests, including of women under the Prevention of Terrorism Act (PTA) supposedly to investigate and counter a renaissance of the LTTE. Most of these arrests were in connection to the search for a man called Gopi who according to media reports quoting  military and police spokespersons was killed along with his two associates on 11 April 2014 and that they  been buried at  state expenses on 12 April in Anuradhapura. Those arrested in connection to these men are still being kept at Boosa camp, in Colombo’s the 2nd and 4th floor of the Terrorism Investigation branch, and in the Vavuniya Terrorism Investigation Division (TID). In these TID and military joint operations men, women, the elderly and children have been arrested.
Women’s Action Network has been informed of 10 women (including a teen age girl) still in custody. They are:
Even after nearly five years after the end of the armed conflict children can’t live with their mothers, mothers are searching for their children, wives are looking for their missing husbands and women are interrogated and held on behalf of their family members. Women are going through so much of pain and continuous suffering.
The arrests of these women and children comes in this context where they are  detained under the PTA due to the suspicion regarding the alleged illegal actions of their male family members, which has been openly stated by the government officials.  Hence, the women have been arbitrarily detained in violation of Article 13 of the Constitution of Sri Lanka, which provides protection against arbitrary arrest and detention, although they themselves have not committed any offences. The war in Sri Lanka and the decisions regarding it were made by men. The war was concluded by men. However, women have borne the brunt of the effects of the war and continue to do so even five years after the end of the armed conflict.
According to the Presidential Directives on Arrest and Detention certain procedures have to be followed by the police and the army during the arrest and detention of women and children. Even though the directive was issued by the President the specific procedures were not followed during the arrest and detention of these women and child. In addition to violating their right to due process like issuing of an arrest receipt to the family which clearly states the place of detention and allowing family members and lawyers to visit those who are being detained, the actions of the police also pay little regard to directive issued by the head of state, the President. It is imperative that the basic human rights of detainees are respected and due process is followed during arrests of women as stated in the Presidential Directives.  Moreover, in the case of women, their gender specific needs should be met during detention, including medical care.
Women’s Action Network appeals to the government to follow due process with regard to these arrests and let the public know if there are any charges against these women and men. If not, they should be released immediately. It is also important the authorities immediately handover Sasitharan Yathurshini, who is 16 years old to the probation officer Vavuniya.
Women’s Action Network
Share
Facebook
Twitter
WhatsApp
Pinterest
Email