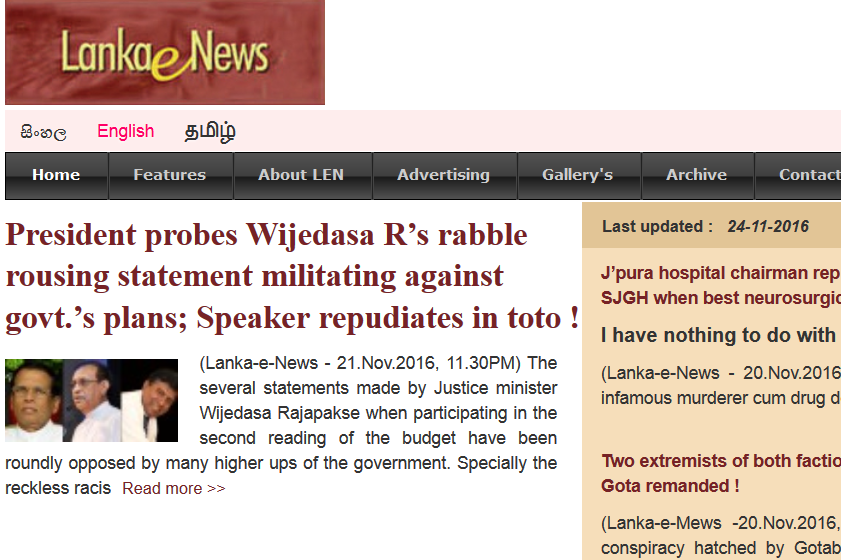 A lawyer today filed fourteen Contempt of Court actions in the Supreme Court against the editor of Lankaenews website Sandaruwan Senadheera.

Vithanage complaining that there had been a series of articles published a on the website ‘Lankaenews’ and on its social media, defaming judges and castigating their character.

The complainant stated that the contents of the said articles on the website and on social media had insulted, defamed, and ridiculed judges whose names are referred to therein, and were a direct and indirect intimidation on judges as well as the judiciary as a whole.

“These articles have attacked on both the judicial conduct as well as the private lives of the judges and caused embarrassment not only to the judges but also to the entire judiciary”, the complainant said.

The complainant stated that ‘Lankaenews’ is a website owned and operated by Sandaruwan Senadheera from London, United Kingdom.

He said the contents in the said articles on the ‘Lankaenews’ website are tantamount to Contempt of Court and punishable under law. President’s Counsel Hemantha Warnakulasuriya appeared for the petitioner.