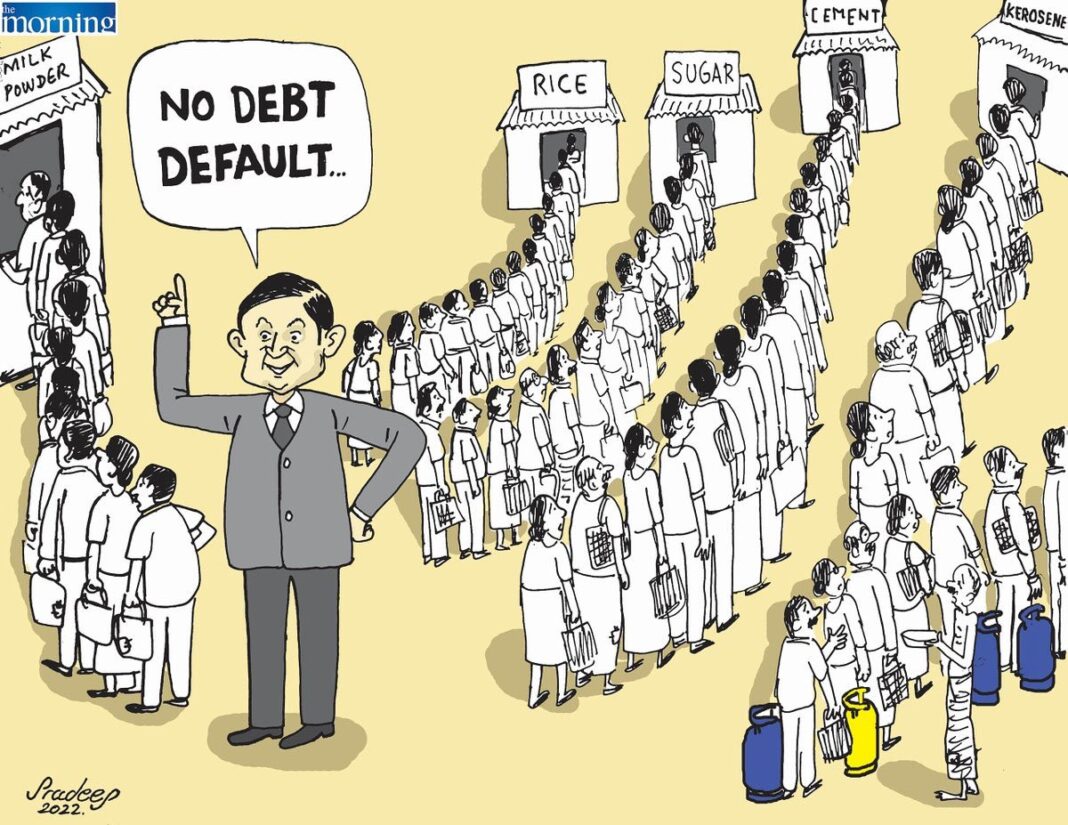 It is difficult to figure out whether the crisis in governance in the country is the result of rank incompetence or simply unwise decisions taken without adequate thought.

In the past, Sri Lankan governments have made errors in judgement when taking important decisions. In the future too, governments are likely to make mistakes as all human institutions are prone to error. However when it comes to taking wrong decisions this Government must take the cake.

Practically every decision it takes is clouded in confusion resulting in untold misery in the lives of people who are forced to undergo hardship as a result of the folly of those entrusted with governing the country.

Take the situation with regard to the shortage of cooking gas in the market and the continuing explosions associated with cylinders purchased by the people. This issue remains unresolved for months despite various theories about the origin of the crisis.

Consumer Affairs Authority (CAA) Chief Executive Officer Thushara Gunawardenawas compelled to leave his post after several unsuccessful attempts to address the issue due to the indifference of Government ministers in charge.

At a recent media conference, the current Chairman of Litro Gas Theshara Jayasinghe said there was a mafia operating that prevented the resolution of the gas issue. Theshara Jayasinghe, like Thushara Gunawardena, is a Viyathmaga activist who has failed to take action against the mafia. Neither has he succeeded in resolving the issue.

State Minister Nimal Lanza has publicly called for Theshara Jayasinghe’s resignation. Last week the Finance Ministry Secretary is reported to have removed the Litro Gas Chairman from his post and appointed Renuka Perera, the administrative secretary of the Sri Lanka Podujana Peramuna, as his successor.

The following day President Gotabaya Rajapaksa reaffirmed his faith in Theshara Jayasinghe and reappointed him the Chairman of Litro. The people in the meantime suffer in endless queues to obtain limited supplies of cooking gas available.

The fertiliser issue is another area in which people are called upon to pay for the sins of the Government. An ill-conceived and ill thought out decision to switch overnight from chemical fertiliser to organic fertiliser has not only had a wide ranging negative impact on the agricultural sector but has caused the prices of vegetables and other food products to skyrocket.

What is worse; there is a real prospect of a food shortage in the near future. In a damage control measure the Government has turned to India to provide assistance in food supplies to offset any food shortages that may arise.

Refusing to admit that the decision to switch overnight to carbonic fertiliser was a colossal blunder, the President and the Agriculture Minister blame officials for not implementing an impractical decision. Minister Namal Rajapaksa too chipped into join the blame game and said the President had made a strong decision and entrusted the implementation to a State minister who failed to deliver.

The minister failed to name the individual concerned nor has the President removed the State minister who failed to do his job.

Former President Maithripala Sirisena who has been publicly critical of the Government’s actions with regard to the fertiliser issue also joined the fray. He bemoaned the fact that the state of the art Kidney Disease hospital gifted by the Chinese Government has not been made functional despite it being declared open several months ago.

He said the Health Ministry has not assigned the necessary medical personnel nor activated the various laboratories that would have been of immense help to those seeking medical treatment.

Another aside to the fertiliser crisis is the issue relating to the supply of bacteria infected carbonic fertiliser by a Chinese company. The National Plant Quarantine Service (NPQS) conducted tests and found that the fertiliser supplied by the Seawin Biotech Group Co. Ltd contained harmful bacteria and therefore, the Agriculture Ministry refused to accept the same.

US dollars 6.7 million to Chinese company

The Chinese Company disputed the Sri Lankan agricultural authorities finding and demanded the payment of US dollars 6.7 million for which letters of credit had been opened.

According to the Government, the Attorney General had advised that payment to the Chinese company was legally due. However what was surprising is that the Government did not make any attempt to negotiate or request time for payment but tamely succumbed to the demand of the Chinese company and agreed to make the payment of 6.7 million dollars despite the economic crunch faced by the country.

What is even more surprising is the Government’s decision to order further quantities of fertiliser from SeawinBiotech Group Co. despite the company having carried out a relentless campaign against Sri Lanka. According to media reports they have threatened to report the country tointernational rating agencies as well as urging the Chinese Government to impose sanctions on Sri Lanka.

The company has even gone to the extent of advising other Chinese companies not to trust Sri Lanka and to obtain advanced payments before dispatching any products to Sri Lanka. Allegations had also been made by the company that some local officials had demanded a commission for selecting Seawin Biotech to import the fertiliser.

In this background, it is surprising that Sri Lankan authorities continue to deal with this company. Clearly there is more to it than meets the eye.

Moving to the economic field the Government’s handling of the situation hardly inspires confidence. The Finance Minister Basil Rajapaksa in his Budget speech said there will be no supplementary estimates introduced in Parliament for additional expenditure in the ensuing year. Soon after the third reading of the Budget the minister left for the United States and only returned on January 1 of this year.

On January 3, just two days after his return the Finance Minister announced a one billion US dollar (229 billion rupee) relief package for the long suffering people. While the relief measures would be welcomed by those who have been undergoing difficult days, what is of larger concern is whether the Government had thought through the implications of committing such a large sum of money and how it was going to raise the money. Whether it could have done so within the two days of the Minister returning from the United States is doubtful.

Even the best of economists would have found it a hard task to figure out how to raise such a massive amount unless of course the Government resorts to printing money which of course will contribute to further inflation. When Parliament resumes on January 18, one presumes that President Gotabaya Rajapaksa will shed light on this question which must worry those concerned with economic governance.

Courtesy of The Sunday Times.