Sri Lanka: Commonwealth must honour its own commitments 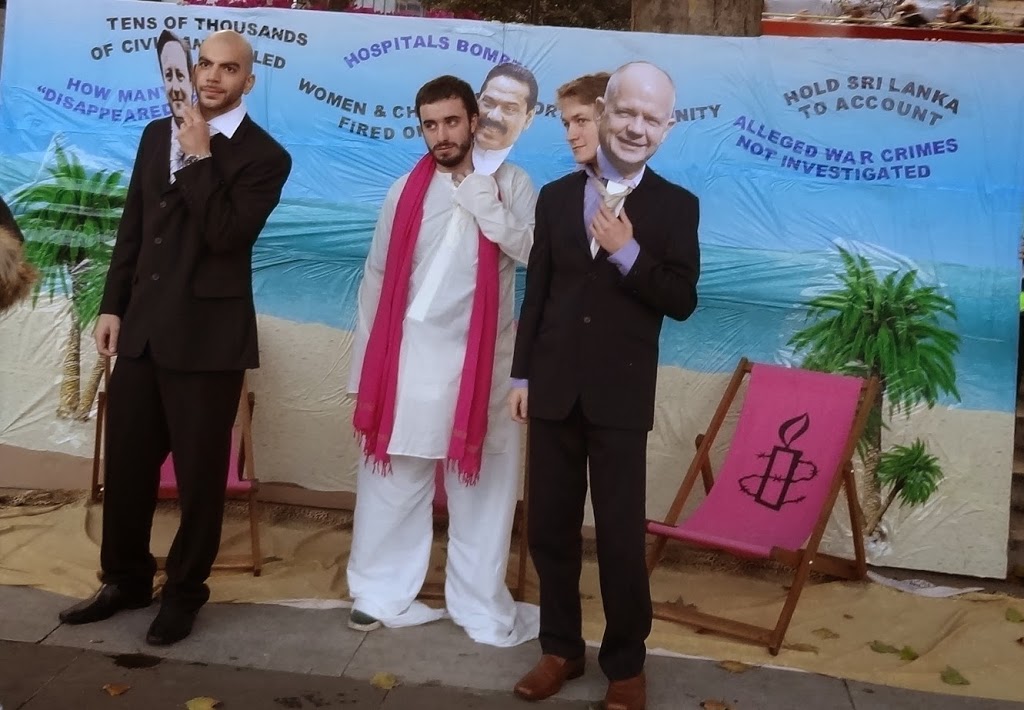 Vidya Venkat
he choice of Sri Lanka as a venue for CHOGM 2013 has always remained controversial. But now that most member countries have agreed to go ahead and participate in the high-profile summit happening in Colombo, the moment has arrived for the Commonwealth to reassess its commitment towards its own values.
###

Two weeks from now, the Heads of Government of 53 Commonwealth countries will congregate in Colombo’s Bandaranaike Memorial International Conference Hall to discuss, among other things, the Commonwealth’s commitment towards the promotion of human rights, democracy and the rule of law in keeping with the Harare Declaration. Sri Lanka has consistently breached all three values. Two years have passed since the decision to allow Sri Lanka to host CHOGM was taken in Perth but little progress has been made by the island nation with regards to initiating accountability measures for credible allegations of war crimes.

On Thursday, I had attended a meeting organised by the Human Rights Watch in New Delhi in which torture victims from Sri Lanka who have been brutally beaten, raped and abused by either the police or military personnel in 2012 gave testimonies over Skype from their hospital bed. These were a handful of people who have been fortunate enough to escape from the island nation and find refuge in a foreign land. Charu Lata Hogg, a London-based human rights researcher said that between 2006 and 2012, 75 cases of sexual violence against men and women from the Tamil minority community have been found and several of these victims hail from the camps for internally displaced persons. According to the Sri Lankan military’s own admission there have been 11 cases of sexual abuse against Tamils by military personnel in 2012, but this is a highly underestimated number, according to Ms. Hogg.

It is worth recalling the very serious violations of Commonwealth values committed by Sri Lanka. Sri Lanka has not implemented the recommendations of its own Lessons Learnt and Reconciliation Commission. Add to this the consolidation of powers in the hands of the President and his family; the impeachment of the Chief Justice Shirani Bandaranayake in January which the Sri Lankan Supreme Court held unconstitutional; the killing and abduction of journalists resulting in suppression of free speech; excessive militarisation in Tamil-dominated regions which proved to be a “significant obstacle to a credible electoral process” according to Commonwealth monitors who oversaw the recent elections in the northern provincial council.

And while these harsh realities stare us in the face, we find the Sri Lankan government sparing no effort to win over the Commonwealth leaders attending the summit. The latest is the decision to name orphaned baby elephants in Pinnawala Elephant Orphanage after the Commonwealth leaders! For Sri Lanka CHOGM 2013 presents a major opportunity to build its international brand and attract investments as the President has said. Sri Lanka is only doing what any country that has successfully ended a separatist movement in its land would like to do. To borrow an expression from the anthropologist Michel-Rolph Trouillot, the preparations ahead of CHOGM point to efforts at “silencing the past” and producing a victor’s narrative of a nation that has emerged successful and resurgent from the dark days of the civil war.

Consider the significant benefits that Sri Lanka will get if it were to get to lead the Commonwealth for the next two years. The Sri Lankan President would be anointed Commonwealth Chairperson-in-Office in the presence of Prince Charles, who is representing the Queen of England. He will enjoy the opportunity to reinforce the Good Offices’ role of the Commonwealth Secretary-General and contribute to strategic advocacy of Commonwealth positions in high-level international forums. A Sri Lankan Foreign Minister will become a member of Commonwealth Ministerial Action Group (CMAG). Sri Lanka will chair the Committee of the Whole and Communiqué drafting committee at future ministerial meetings.

Handing over these crucial responsibilities to a member country that has breached all the core values of the Commonwealth without demanding any accountability whatsoever would make a mockery of the organisation which now finds itself in deep crisis. The Canadian Prime Minister has threatened to review funding for the Commonwealth and as the second largest donor this will be disastrous for the association. Similarly, the UK has reduced its contributions citing concerns about the direction of the organisation. It is only during CHOGM that there is interest in the Commonwealth and the member countries must use this opportunity to take concrete measures to address the deepening crisis.

Commonwealth mechanisms are inadequate when it comes to responding to human rights abuses by member countries. In response to criticism of its functioning, the Eminent Persons Group (EPG) was created in 2009. Several of the EPG’s recommendations were put in place between the 2011 and 2013 biennial Heads of State meetings. However, the EPG’s recommendation to appoint a Commissioner for Democracy, the Rule of Law and Human Rights was dropped because Member States could not reach a consensus on how to respond to this recommendation.

While CHRI has decided to stay away from CHOGM 2013 due to displeasure regarding the manner in which the host nation has conducted itself, we do realise the value of utilizing this event as an opportunity to push for reforms within the Commonwealth. Sri Lanka remains an inappropriate venue for hosting CHOGM, but it paradoxically presents an appropriate opportunity for the Commonwealth Heads of Government to consider the value in appointing a Commonwealth Commissioner for Human Rights who will rebuild the confidence of its people and ensure a renewed, relevant and sustainable Commonwealth. CHOGM must ideally be used to pressurise Sri Lanka to accept precise time-bound commitments to uphold its international human rights obligations. Unless such measures are initiated, CHOGM 2013 runs the risk of deepening the already existing crisis within the organisation.