Sri Lanka: Commission of Inquiry on Disappearances does not meaningfully address the phenomenon of enforced disappearances 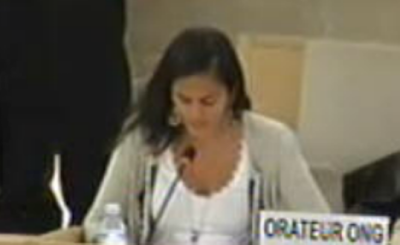 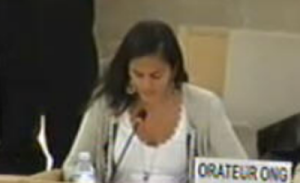 Pooja Patel , FORUM-ASIA
Thank you, Mr. President. FORUM-ASIA appreciates the High Commissioner’s updates to the Council on her mission to Sri Lanka, as well as her serious efforts to meet with a broad section of victims, civil society representatives, local authorities and opposition politicians, as requested in our letter to her prior to the mission.(1)
We express our deep regret to reports of reprisals against many who engaged with the High Commissioner during the visit and urge the Sri Lankan government to investigate these cases immediately and provide an update on action taken at the Council’s next session. (2) We are significantly disappointed that the government has made no efforts to address and correct misinformation campaigns against the High Commissioner by State media and government officials.

Mr. President, we fear that hurried measures announced by the government just before the High Commissioner’s visit do not adequately respond to grave concerns of human rights in the country. We strongly urge the government to seriously take on board offers of assistance by the OHCHR. In particular, we note that the government’s Commission of Inquiry on Disappearances does not meaningfully address the phenomenon of enforced disappearances that is widespread throughout the country as its scope covers only the Northern and Eastern provinces. We stress that any genuine effort in this regard must include an invitation to the Working Group on Enforced or Involuntary Disappearances to conduct its official country visit and provide inputs on revising the Commission’s scope of work. Furthermore, we urge the government to ratify the Convention for the Protection of All Persons from Enforced Disappearances without delay.(3)

Mr. President, we note that the government delegation has gone to great lengths to update this Council on physical reconstruction efforts undertaken. However, we concur with the High Commissioner that a holistic approach which requires truth, justice and reparations for victims is necessary for genuine reconciliation. While the recommendations of the Lessons Learnt and Reconciliation Commission (LLRC) are an important step in that direction, we reiterate the LLRC falls far short of an independent and impartial mechanism to investigate violations of international humanitarian and human rights law by both parties to the conflict. (4) We strongly echo calls made by civil society groups in Sri Lanka and across the globe for the establishment of independent and credible international investigations.

Finally, FORUM-ASIA has repeatedly drawn the Council’s attention to continued deterioration of the rule of law in Sri Lanka, including the 18th amendment to the Constitution which weakened important checks and balances on the Executive. (5) We share the High Commissioners’ concern that the country is headed towards a direction where pluralism and dissent are not tolerated while power is increasingly getting centralised. We call upon the government of Sri Lanka to restore the independence of the three wings of government at the earliest with the assistance of OHCHR.