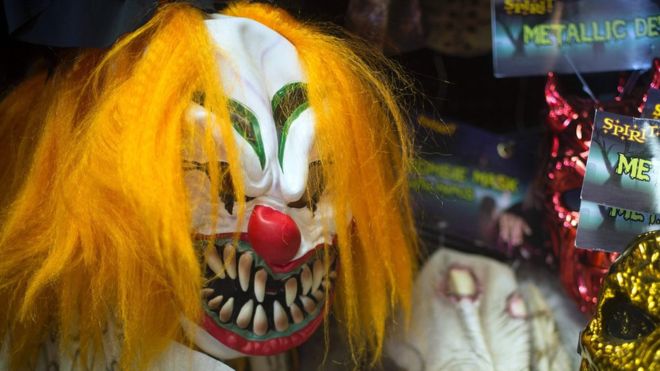 “There is no Viyath Mawatha; it is just a word for a programme. Clearly this is a carrying forward of Mahinda Chintanaya…”   ~ Mahinda Rajapaksa (4.7.2018)[i]

( July 15, 2018, Colombo, Sri Lanka Guardian) The news was sensational, yet it was downplayed. The chief incumbent of a temple in Ratnapura strangled a police sergeant to death. The monk has been absconding after being charged with sexual abuse. The sergeant went to the temple to hand over the summons. He went alone and unarmed; after all, he was going to a temple to meet a monk.

The sergeant’s screams alerted the neighbours who called 119. When a police team rushed to the temple, the monk greeted them with a hand grenade.

What if this incident happened in a kovil, a mosque or a church? What if a Hindu, Muslim or a Christian religious figure strangled a policeman to death with his bare hands and tried to lob a grenade at a police team? The media would have talked about nothing else for weeks. Politicians, especially those subsisting on patriotism, would have howled about resurgent Tigers, Islamic terrorists or Christian conspirators. Questions would have been asked about how the grenade was procured and what its procurement portends for national security. But a monk was the culprit, so reportage was muted, and there were no cries of alarm or condemnation. The chief prelates, who make it their business to interfere in secular matters beyond their competence, are yet to say a word about the horrendous incident and what it signals about the current state of Sinhala-Buddhist monkhood.

The suspect monk is now being questioned by the police. Hopefully, after a speedy trial, he will join the 15 other monks serving prison sentences for various crimes including murder. According to the prisons’ chief, there are also 10 monks in the remand prison.[ii]

As President, Mahinda Rajapaksa thought persecution was prosecution and replaced due process with witch hunts. Now he thinks prosecution is persecution and sees witch hunts in due process. Addressing a religious ceremony in a temple in Matara last month, the former president depicted monks serving jail sentences as victims of persecution. “These days I think it is important to learn how to turn the robe into a jumper, the way things are going. This is a time when 40-50 Buddhist monks are locked up in jails. We have a great responsibility as Buddhists to protect…” From one that falsehood he moved seamlessly into another one, this time about the reason for the dearth of new entrants to monkhood. “Those days there are nine ten children in a family. Now there’s one or two, maximum three. So our race is systematically vanishing. There are economic difficulties. There is also the programme carried out by the government, a very koota (insidious and evil) programme to reduce population.”[iii]

Mr. Rajapaksa is a master at dog whistling. In that brief statement he alluded to a conspiracy by the current government to eviscerate the monkhood and destroy the Sinhala nation. The caption (by the pro-Rajapaksa channel Derana) says it all – Our race is nearing extinction – Mahinda Rajapaksa. Never mind that the ratio of Sinhalese and Buddhists in Sri Lanka has increased consistently from 66.91% and 61.53% in 1881 to 74.9% and 70.1% in 2012. Never mind that there are only 25 monks behind bars and they are there because they have been accused or convicted of crimes. His audience wouldn’t know the facts and wouldn’t care anyway. His lies fit in with their manufactured reality. (They wouldn’t even wonder why Mahinda Rajapaksa has only three children and his even more patriotic brother Gotabhaya just one child. Surely the absence of nine or ten offspring couldn’t have been due to economic reasons or the koota doings of the current administration? Incidentally, why has no Rajapaksa sibling or offspring entered the monkhood?)

The Sirisena-Wickremesinghe administration is a government of and by clowns. There are a million and one truthful, factual accusations that can be made against the administration, starting with its abysmal failure to improve the living conditions of ordinary Lankans. There is no need to resort to incendiary lies, the kind which enabled Black July, 35 years ago. And, yet, incendiary lies rather than facts and figures constitute the bedrock of the Rajapaksa comeback strategy. Are they creating an anti-democratic mindset in the country so that the rapid dismantling of democratic rights and freedoms will have public support?

Vendaruwe Upali thero (who advised Gotabhaya Rajapaksa to become ‘even a Hitler and correct the country) is not the only one suffering from Hitler-mania. A tweet by a self-declared Christian (I will refrain from mentioning his name as he has apologised for his praise of Hitler) says “Looking at the killings in Sri Lanka, I sometimes wonder who is in charge… The situation is reaching serious levels.”

The question is where did this gentleman ‘look’ to conclude that the ‘situation is reaching serious levels?’ Not facts and figures certainly, because according to statistics there are less murders today (and less grave crime) than there were during the Rajapaksa years.

The data[iv] also shows a decline in other grave crime categories as well, including rape and child abuse.

Sri Lanka is not crime free or violence free. But it is less crime-prone and less-violent than it was four years ago. A fake news pandemic – and not facts on the ground – is responsible for the idea that we are living in an unprecedentedly lawless and bloody time. The aim is political and partisan – exacerbate the ‘feel bad factor,’ and manufacture a pre-emptive justification for dismantling democratic rights and freedoms under a future Rajapaksa government.

Sometimes memory is an eel. The Sirisena-Wickremesinghe government has forgotten its solemn promises to the electorate – the inane plan to build a third airport in Polonnaruwa being the latest case in point. Perhaps in tandem, the electorate has forgotten what life was like under the Rajapaksas. Even such causes celebres as the serial killings of Kotakethana in Kahawatte, the slaying of Bharatha Lakshman Premachandra, and the brutal murder of British tourist Khuram Shaikh and the gang rape of his Russian fiancé are no longer remembered. Equally forgotten are the level of impunity enjoyed by Rajapaksa loyalists – such as Mervyn de Silva; or Julampitiye Amare, who had more than 100 arrest warrants against him, including for murder and rape, yet strutted about in Tangalle resplendent in military fatigues and toting a T56.

Forgetting is an integral component of the Rajapaksa comeback project. The past must be remembered as a time of law, order and discipline; let the present be imaged as a time of chaos and anarchy. After all, if Lankans remember what the past was really like, a majority of them would not want to return there.

Crimes today are more brutal, often sickeningly so, but this too is not a post-Rajapaksa development. That tendency began during the war years. As a police spokesman said in 2012, “….the murders committed in recent times have become more gruesome…. They cut and chop without a care. Sometime back rape was not followed by murder, however now rape is followed by murder.”[v]

The Rajapaksa paradise was a land of crime and impunity, violence and indifference, a place where strong abused, weak endured and everything insalubrious was kept under wraps. When a soldier stationed in Jaffna murdered two of his comrades and killed himself, the Rajapaksa regime responded by imposing a news-ban. When asked about the ‘rape problem’ in Sri Lanka, the then ambassador (and Rajapaksa first cousin) Jaliya Wickremesuriya smilingly told The Washington Times, “…oya rapes this and that not taking any place in Sri Lanka… We have very disciplined people in Sri Lanka… Like any other country, we have, like couple of cases.”[vi]

That statement about a couple of rapes was made in 2012.  In 2010, three children were raped/abused per day. 1169 child rape cases were reported in 2011 – a rate of over three a day. In the first six months of 2012, over 700 cases of child rape/abuse were reported – a rate of four a day.[vii] The Rajapaksa government’s only solution was a rape-marriage law which, if approved, would have enabled the rapist to escape prosecution by marrying his underage victim. In a related development, the then Speaker Chamal Rajapaksa (who is being touted as a kinder gentler alternative to brother Gotabhaya) said, “My opinion is that nobody can make men responsible for the violence against women. Women are responsible for it…” [viii] Little wonder, rape proliferated during the Rajapaksa years, far more than before or since.

That was how the crime-fighting Rajapaksas fought crime.

‘Rajapaksas go together’ – One Family, One Path, One Goal

“Rajapaksas always go together. We don’t have divisions like others,” Gotabhaya Rajapaksa claimed after Mahinda Rajapaksa reminded his audience that Viyath Maga was Mahinda Chinthanaya by another name. Gotabhaya Rajapaksa can win only if he is anointed by brother Mahinda and assisted by brother Basil. Whatever their personal or other differences, the Rajapaksas are united in a joint enterprise to regain lost power – One Family, One Path, One Goal.

They might succeed, thanks to the infantile conduct of the current administration.

The Sirisena-Wickremesinghe has done all three. They have forgotten most of their promises and are walking back on some of the implemented ones, such lifting the ban on Glyphosate. After much procrastination, the government banned female genital mutilation (FGM) in Sri Lanka, but might succumb to pressure from conservative Mullahs and re-permit this atrocious and harmful practice. The government gave up pursuing socially liberal policies fearful of antagonising traditionalists; it gave up on the environment to please multinationals. It succumbs to any bully, from the GMOA to the Chinese.

Today’s Sunday Times carries pictures of four of the cheques issued by the China Harbour Engineering Company, effective corroborating The New York Times Story. Even more worryingly, it reveals that the Special Investigation Unit (SIU) carried out an investigation about the matter in 2015, and managed to identify those who cashed the cheques. Then ‘the onetime top official of the CBSL’ i.e. Arjun Mahendran ‘halted the probe unceremoniously.’ Another chance to clean up the Augean Stable that is Lankan politics was wasted. When this government is buried under the avalanche of its own mistakes, a fitting epitaph would be, And they did nothing.

Three and half years out of power, the Rajapaksas remain unchanged. Violence, verbal or physical, is their first resort. Retired admiral Sarath Weerasekara has threatened the head of the Human Rights Commission, Dr. Deepika Udagama by calling her a Tiger. When the New York Times piece about Chinese contributions to the presidential campaign coffers of Mahinda Rajapaksa appeared, some SLPP parliamentarians responded by issuing veiled threats against the two local journalists associated with the piece – Dharisha Bastians and Arthur Wanaman. That response was a reminder of what awaits the media, and Sri Lanka, if the Rajapaksas return to power, especially under a President Gotabhaya, the man who once said, “If they harm me, it is the country they harm.”[x]

Clowns or murderers, such is the choice before the country currently. Weimer Republic was a pretty broken down place, but Hitler’s Thousand Year Reich (which mercifully for everyone ended in just 12 years) was a hell beyond even the most sadistic of human imaginings.

[vii] The real figure may be significantly higher; over 20,000 cases of child abuse may have happened in the first half of 2012, according to the National Child Protection Authority.