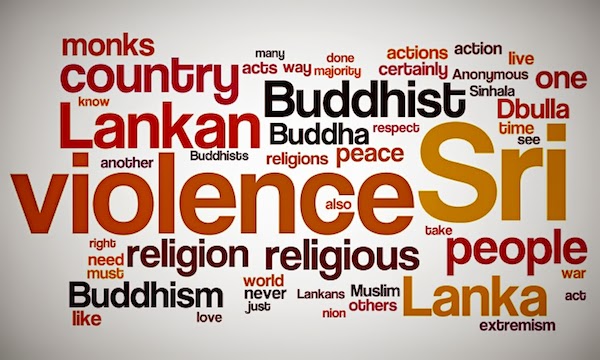 (AFP)
Colombo — Sri Lanka’s Buddhist hierarchy and other religious leaders accused police Tuesday of failing to prosecute those behind a recent wave of attacks on Christians and Muslims.
A multi-religious group led by Buddhist monks said the country had failed to grasp the threat posed by hate speech and attacks because local media reports had not been “impartial or factual”.
“There is at present a public perception that such attacks are taking place due to failure of law enforcement authorities to take necessary action,” said the Forum for Inter-Faith Dialogue (FIFD).

“If unchecked, these alarming trends would cause immeasurable damage and drawback to the country.”

FIFD, which is backed by the highest levels of Buddhist, Hindu, Christian and Muslim clergy and is an initiative of former president Chandrika Kumaratunga, said it was asking for full implementation of the law.

The call came after a string of attacks against churches and mosques, some of them led by young Buddhist monks.

Mobs led by Buddhist monks had also attacked mosques and forced the closure of at least one Islamic prayer centre in the capital in August, fuelling international concern for religious freedom in the majority Buddhist nation.

The country is emerging from nearly four decades of ethnic war which according to UN estimates claimed at least 100,000 lives between 1972 and 2009.

Seventy percent of Sri Lanka’s 20 million people are Buddhists, while Muslims are the second-largest religious group making up just under 10 percent.

President Mahinda Rajapakse, who is also a Buddhist, warned monks in January last year not to incite religious violence.

However, police broke up a protest denouncing religious extremism last year, sparking opposition allegations that the government was tacitly supporting the violence.