Sri Lanka: Change of Regime by People’s Revolution and Ensuring the Political Rights and Safety of North and East Minorities 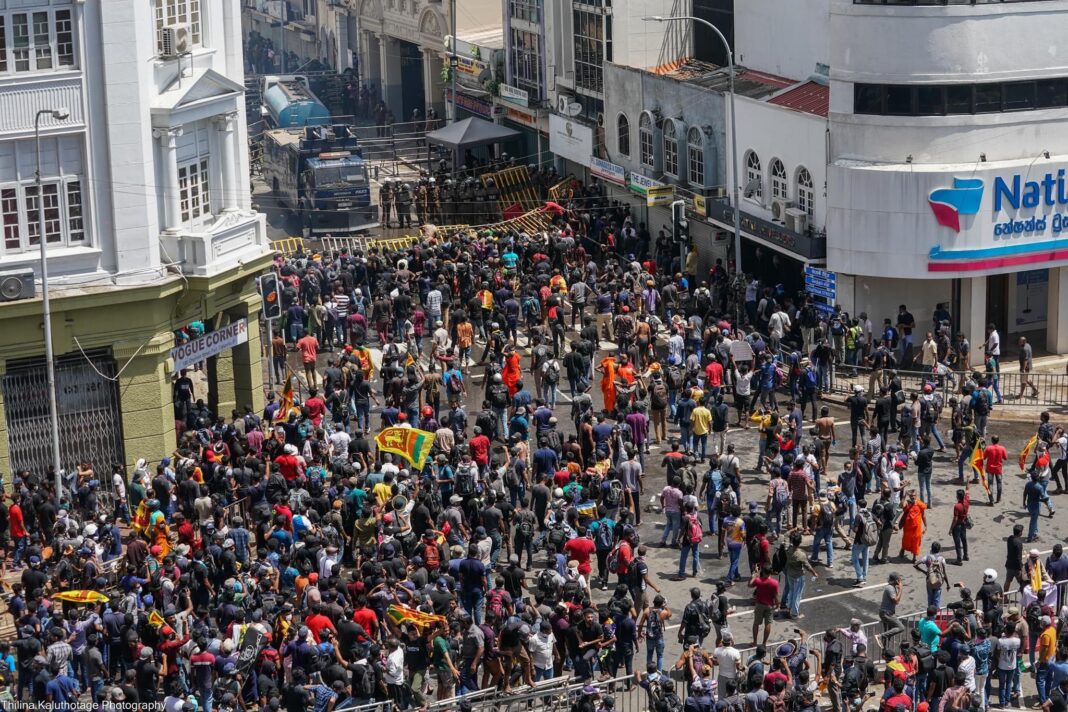 TO THE ATTENTION OF ALL TAMIL POLITICAL PARTIES OF SRI–LANKA:

The ordinary powerless people of the Island of Sri-Lanka, by the democratic people’s struggle (Jana Aragalaya), have ended up the tyrannic Rajapaksa rule. As people of Sri-Lanka we are proud of it. We respectfully bow the people’s struggle that has made the Rajapaksas, who are responsible for genocide, war crimes and act as guardians of racism, to quit from the power.

The upcoming days will be more decisive as decisions are going to be taken related to the political future and rights of the entire people of Sri-Lanka.  In this situation, Tamil political parties must take strong standpoint related to the rights and safety of the entire Sri-Lankan people and particularly about the minority people.

We, the Tamil people of North and East of Sri-Lanka have continuously been subjected to political oppression and violence by the Sinhala racism for over seventy years. Thirteen years have been passed the war came to end though, still political resolutions were not taken for the people of North and East. The Wickramasinghe – Sirisena “Good Governance” regime that came to power in 2015, placed meaningless projects under the name of “transitional justice” to convince the international community.

Basically, we the minorities of North and East are an ethnic nation whose rights have been denied.

The 13th Amendment of the Constitution of Sri-Lanka ensures the political power devolution for North and East minority people. However, all the majoritarian governments of Sri-Lanka that came to power, had given promises until they take over the power. Once they had come to the power, they not only rejected the power devolution, but they also described the minority political rights dialogue as “terrorism” and provoked the Sinhala people against the minorities.

WE ARE NOT DEMANDING FOR SECESSION OR A SEPARATE STATE. WE ONLY ASK A DIGNIFIED RIGHTEOUS POLITICAL RESOLUTION WITHIN THE COUNTRY OF SRI–LANKA.

At this moment it is the duty of all Tamil political parties who represent the North and East people to take similar political standpoint and to raise the demands in one voice.

We demand all the Tamil political parties to cast your votes in parliament only to the political party that ensures a dignified righteous political resolution for North and East minorities.

We call upon you to be loyal to the mandate given to you by the North and East people.