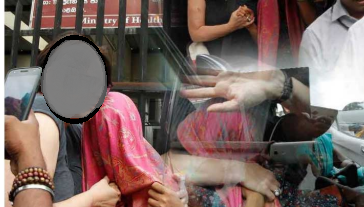 11 December 2019, Colombo, Sri Lanka: The Centre for Policy Alternatives (CPA) is deeply concerned with recent events in the aftermath of the incident in which an employee of the Embassy of Switzerland in Sri Lanka was allegedly abducted, sexually harassed, and questioned by unidentified persons regarding embassy related matters, on or about the 27th of November 2019.

Whilst it is too early to comment on official processes underway investigating these incidents, CPA is alarmed with the conduct of several media institutions, including State media and others, who have acted in a manner to deliberately reveal the identity of the alleged victim and that of her family which raises serious issues of privacy and protection. This is also a blatant violation of media ethics and disregard for the victim’s right to privacy. Section 365C of the Penal Code makes it an offence punishable with imprisonment for up to two years to print or publish the name or any matter which may make known the identity of a person who is alleged to be a victim of several offences including sexual harassment. Further, the Assistance to and Protection of Victims of Crime and Witnesses Act, No. 4 of 2015 gives victims of crime the right to be treated with equality, fairness and with respect for their dignity and privacy.

CPA urges media institutions to respect and adhere to the law and ethics, including giving due attention to victim’s rights. Continued disregard in this area raises serious concerns and will require attention and necessary action by the authorities.

CPA also notes that certain public authorities and officers holding official positions have publicly accused the alleged victim of fabricating facts, despite ongoing investigations. Such statements cloud the partiality of investigations being carried out, and CPA urges authorities to remain independent when investigations are underway and to ensure there is no interference of such processes.

Finally, CPA calls on members of the public to exercise responsibility and compassion when publishing and sharing information on social media. Our society is plagued by a high occurrence of incidents of sexual harassment, and it is important that victims are free and able to make complaints of the same without the fear of facing further harassment for doing so. Additionally, until and unless an independent investigation is carried out, the facts cannot be disproved or verified, and thus it is essential that the authorities are allowed to function without undue pressure.