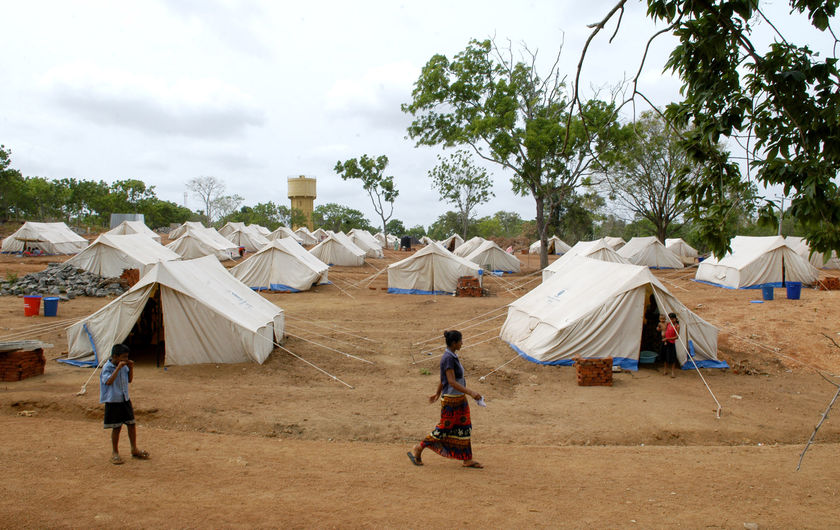 The cabinet has approved a national policy to deal with war displaced families, the Government announced today.

Hundreds were displaced during the war between the LTTE and the military but while many have either returned to their homes or were given alternate land following the end of the 30 year war in May 2009, some are still displaced.

Media Minister Gayantha Karunatillake told reporters at a post cabinet media briefing that cabinet had approved the creation of a national policy on durable solutions for conflict-affected displacement.

He said that the policy has been prepared following discussions held with relevant ministries, national, provincial and district level stakeholders, UN agencies, civil society organizations, and the displaced communities.

“It demonstrates the Government’s commitment in rebuilding the lives of displaced families on a rights-based approach. Affirming a durable solution goes beyond resettlement and it includes provision of protection, housing, water, sanitation and healthcare, primary education, a good living standard, and access to livelihood etc. Also they should be socialised without any discrimination based on their gender, ethnicity, age, language, political opinion, religion, caste, living place etc,” the Minister said.

He said that the policy was submitted to the cabinet by D.M. Swaminathan, the Minister of Prison Reforms, Rehabilitation, Resettlement and Hindu Religious Affairs.

Karunatillake also said that the government has implemented various welfare programmes for soldiers who have sacrificed their lives, are missing or become disabled during the war.

Accordingly granting of state lands to them under the law is being implemented and a proposal made by President Maithripala Sirisena, in his capacity as the Minister of Defense, to proceed with the was approved by the cabinet. (Colombo Gazette)