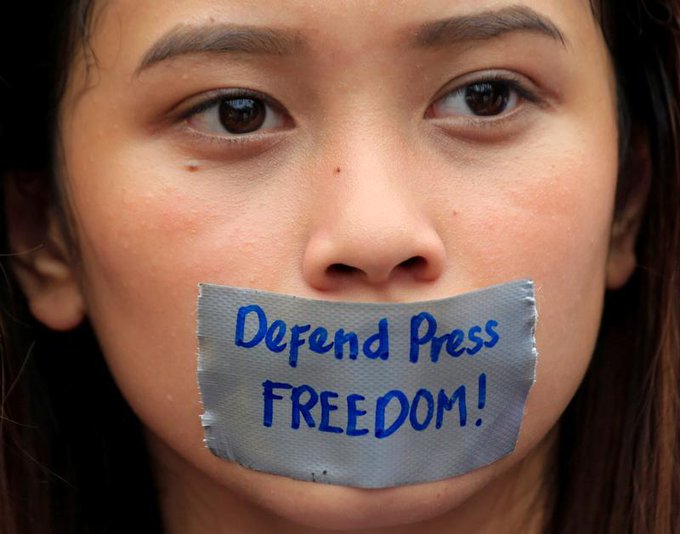 The Sri Lankan government has blocked access to renowned Tamil news website Sankathi24.com, as the state continued with its tightening of the Tamil press.

The website – www.sankathi24.com – became inaccessible for those on the island on May 28th last month, with no warning or explanation given by the Sri Lankan state.

“No reasons were given,” said Seraman, a columnist, for Sankathi24.com. “Our reporters in Tamil Eelam could not access the site.”

The latest incident sparked fears for the website’s correspondents who remain in the Tamil homeland. “We fear for the lives of our reporters in Tamil Eelam,” said Seraman. “We fear that they may be tracked down.”

Since the election of Gotabaya Rajapaksa as president in November last year, the intimidation and harassment of Tamil journalists has ramped up. Just last month, in the midst of a Sri Lankan military enforced curfew, a Tamil journalist in Kilincohchci was attacked. Earlier this year, Tamil reporters in Batticaloa were sent death threats.

“Sankathi24.com has exposed a lot of details relating to Sri Lanka’s overseas intelligence networks and their modus operandi,” added Seraman.

“The founding editor of our mother organization, Eelamurasu, was assassinated on 26.10.1996,” he continued.

“Our editors in France faced attempted assassinations and death threats. In 2014, when Gotabaya Rajapaksa was defence secretary, the director of Eelamurasu was shot at in Paris by gunmen suspected to be linked to the Sri Lankan government. We suspended our services for a few weeks and resumed after the French police arrested one of the suspects. He was given a one year suspended prison sentence and was later jailed after being convicted of a series of criminal activities. In the UK I was threatened with death in 2016 and the Metropolitan police arrested two suspects. They were issued with cautions.”

“So the Sri Lankan government’s aim is crystal clear, especially under Gotabaya Rajapaksa.”