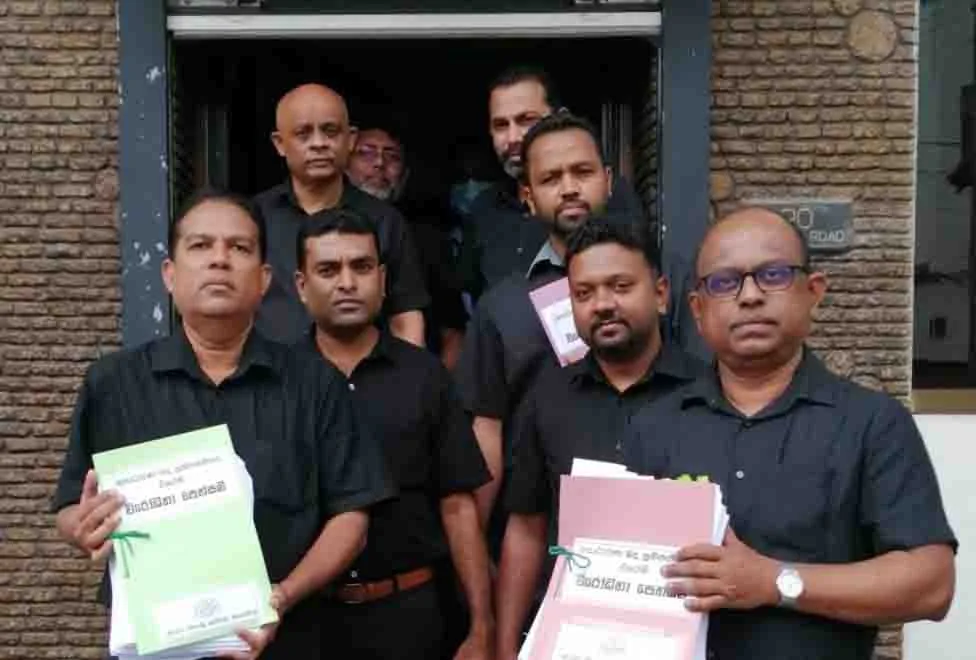 Many categories of professionals, including doctors, engineers, university teachers, and bankers, reported for duty in black attire, wearing black armbands yesterday (23), while black flags and banners were hoisted at several State institution premises, commencing the “Black Week” declared by trade unions (TUs) against the proposed tax policies and what the trade unions claimed is the Government’s failure to address the prevailing issues in the country.

The Government Medical Officers’ Association (GMOA) had also commenced obtaining signatures for a public petition at the National Hospital of Sri Lanka (NHSL) in Colombo, demanding that the Government provide solutions to the prevailing issues, mainly the shortage of pharmaceutical drugs and medical equipment in the country.

“On the one hand, there is a shortage of drugs. On the other hand, the prices of drugs have skyrocketed. Theft and corruption are still happening in this bankrupt country. It is to protest all of this that we started signing this petition at the NHSL. Similar programmes are being implemented all over the country. We have already declared a black week. We are working with black armbands, displaying black banners, and protesting the Government’s programme,” said GMOA Secretary Dr. Haritha Aluthge while speaking to the media.

Meanwhile, the Federation of University Teachers’ Associations (FUTA), which also supports the “Black Week” protest, had launched a social media campaign with posts that read: “Condemn the unlawful and oppressive tax policy of the illegitimate Government”. The FUTA members had also reported to work in black attire, wearing black armbands.

Employees of State banks such as the Bank of Ceylon and the People’s Bank, which represent the Ceylon Bank Employees’ Union (CBEU) had also reported for work dressed in black.