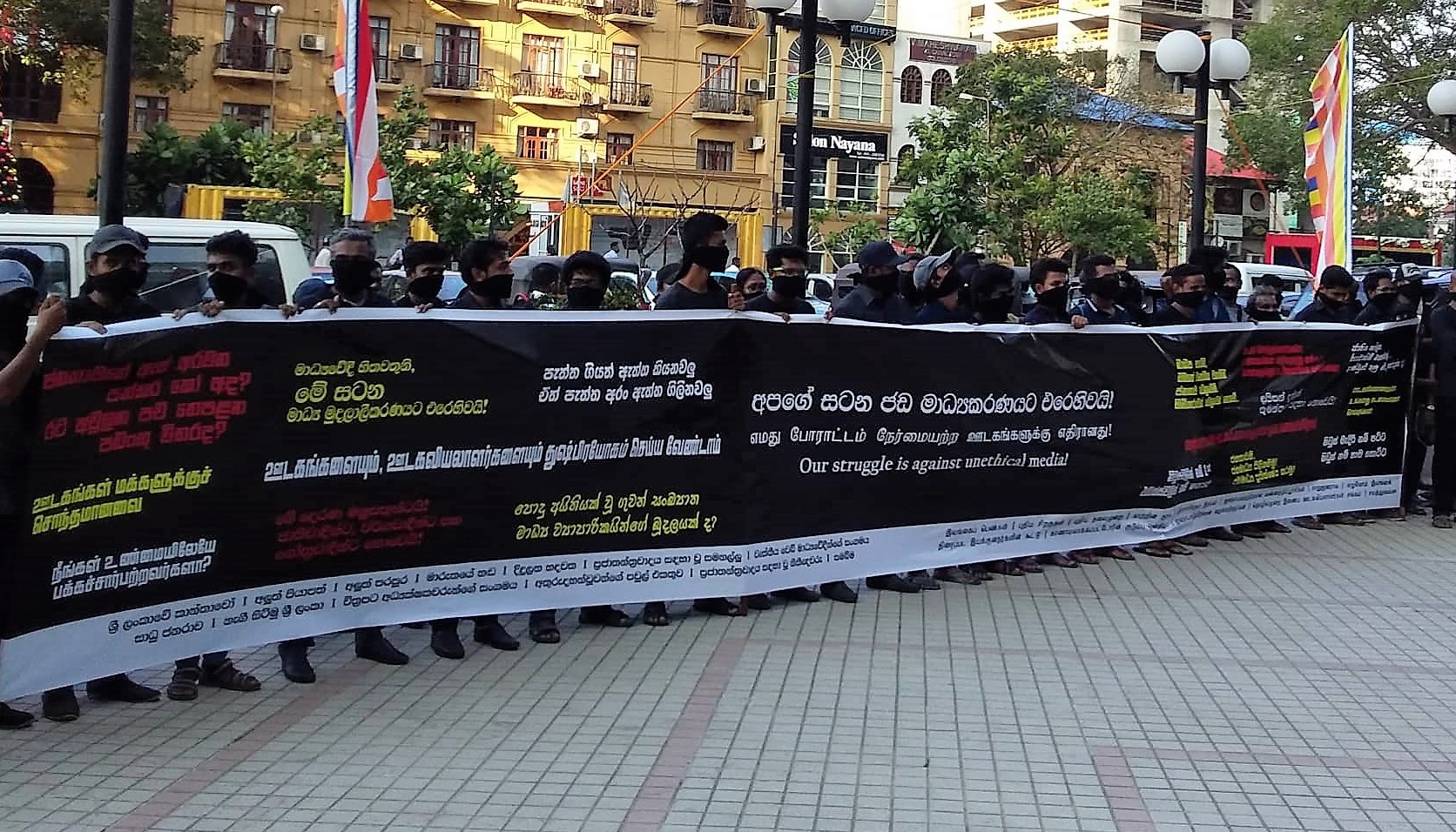 The United National Party stressed it had no involvement in the protest carried out by a number of social activists’ groups opposite several media institutes in Colombo on Thursday.

Issuing a special statement yesterday, the party said the UNP is committed to promote and protect the freedom of media.

The statement also said another regrettable fact is that these media institutions are branding the participants of these peaceful and civilized protests as NGO members and conspirators while crowning those who stage protests violating laws and promoting violence as patriots.

The United National Party also appreciated media institutions which accepted the letters presented by the protesting group while strongly condemning the conduct of the other ‘Black Media’ which showed their autocracy by refusing to accept their letters.

“The party has come to know this protest had been conducted by a group of social activists, who came forward on October 26 for the sake of protecting democracy and people’s sovereignty,”it said.

“Our party has paid close attention into the protests staged by a number of social activists groups in front of the media institutions handing over letters.We have also focused our attention regarding certain media reports claiming that these protests were staged by an NGO team instigated by UNP leader Ranil Wickremesinghe,”it said.

“It should be reminded how the UNP appeared for the freedom of media and the protection of the journalists when media institutions faced violence and were bombed and journalists were threatened and killed.We also appeared on behalf of the people’s freedom of expression.Any citizen has the right to stage peaceful protests under the laws of the country.By attacking and chasing away civilized and disciplined protests by using the media power, such media institutions showed nothing other than the real faces of the Black Media Mafia.”