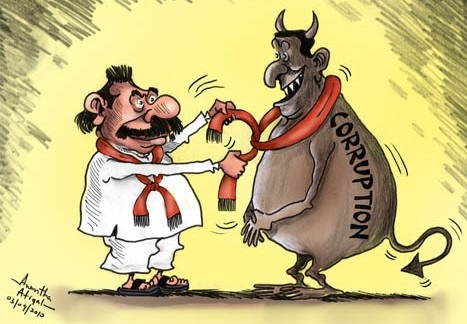 What on earth are our politicians doing at the Tokyo Olympics? The Opposition has called for action against some state ministers who are currently in Tokyo for having violated the MPs’ Code of Conduct. The government has claimed that none of its politicians have used state funds for the trip. Chief Opposition Whip Lakshman Kiriella has demanded to know how they raised funds and who the donors are.

One wonders what even Sports Minister Namal Rajapaksa is doing at the Olympics, where his presence is not required. He should have stayed here because he has taken upon himself the task of monitoring the progress of the vaccination drive, and a ministerial visit serves absolutely no purpose where the performance of the national athletes is concerned. Going by the way Minister Rajapaksa was running around, ‘inspecting’ as he did vaccination centres, one thought the national inoculation campaign would collapse without his supervision.

Our players have performed reasonably well in international competition in spite of our Sports Ministers. Politicians and their cronies have only ruined sports over the years, the chronic crisis Sri Lanka Cricket finds itself in, being a case in point. Perhaps, in our opinion, the only instance where a Sports Minister ever helped Sri Lanka secure a medal in an international competition was in 2000, when Susanthika Jayasinghe won a Silver at the Sydney Olympics; the poor lass had to sprint to escape from the randy minister pursuing her!

Kiriella has said some MPs misuse their positions for monetary gains. One could not agree with him more although he has made no revelation. Many are the rogue MPs who have sold their souls to moneybags on the wrong side of the law. Behind every successful underworld figure, there is a crooked politician. If Makandure Madush, who was Sri Lanka’s Napoleon of Crime, had lived to face trial, he would perhaps have revealed who had made his meteoric rise in the netherworld of crime and drugs possible. Dead men tell no tales.

If the State Ministers allegedly enjoying themselves currently in Japan are to be made to disclose the sources of funding at issue, shouldn’t the politicians who have spent billions of rupees on their election campaigns be made to do likewise? Where has all the money come from?

Will the Opposition care to find out how much the SJB and SLPP candidates spent at the last presidential election? How were the funds raised and who donated them? The SJB should reveal information about its presidential election campaign expenditure and dare the SLPP to follow suit. Were there any leftover funds, and if so, what happened to them? Why haven’t the names of the financiers concerned been revealed to the public? Similarly, will all those who contested previous elections declare the amounts they received by way of campaign funds?

All members of the previous Rajapaksa governments had amassed wealth sufficient for generations to come by the Jan. 2015 regime change. The UNP had been in penury due to its long stay in the political wilderness; its headquarters, Sirikotha, could not even pay its electricity and water bills. But within a few months of grabbing power in Parliament, the UNP’s war chest began to overflow with funds, and the Greens outspent their political opponents at the 2015 general election. Perhaps, such a spending spree would not have been possible but for undisclosed foreign funds and the Treasury bond scams, which yielded billions of rupees for the perpetrators and their masters. Only those who were directly involved in the racket, including the then Central Bank Governor Arjuna Mahendran, are facing legal action; the mastermind of the scams and those who benefited therefrom have gone scot-free and are moralizing. Similarly, the incumbent government went out of its way to facilitate the recent sugar tax scam, which is believed to be bigger than the Treasury bond racket, and the person who made a killing is a ruling party financier. No wonder the present-day leaders are not going all out to secure the extradition of Mahendran, and the Opposition is soft-pedalling the sugar tax fraud. The two rackets have cancelled each other out politically to all intents and purposes.

Those who expect the present government to bring back Mahendran to stand trial is only waiting for Godot. Never will the current Opposition worthies bring the perpetrators of the sugar tax racket to justice if they form a government. There is honour among thieves.

Those who expect the MPs to adhere to the so-called Code of Conduct need their heads examined.