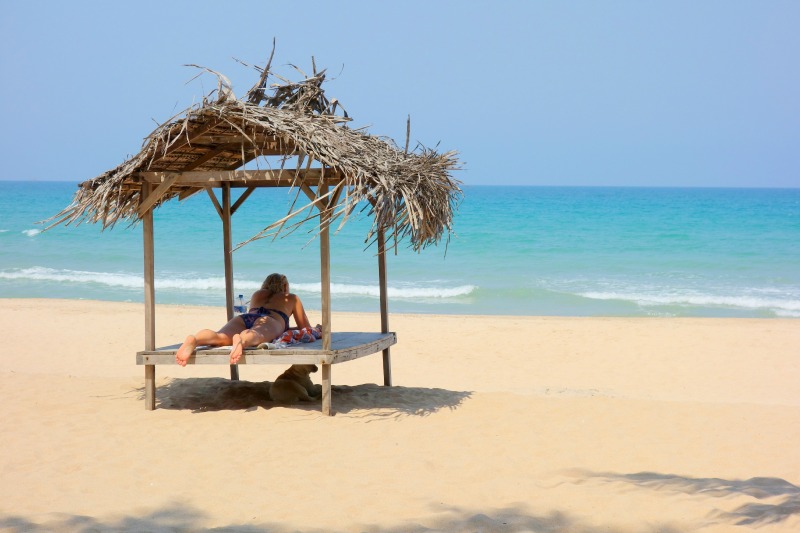 Northern terrorism is, thankfully, a thing of the past, but, sadly, southern terrorism is on the rise. Underworld figures, with political connections, remain above the law and terrorise hapless men, women and children, with impunity. It was thought that the law and order situation would improve considerably after the 2015 regime change, but there hasn’t been any discernible improvement, if the spate of grave crimes, reported in the media, is any indication. The netherworld of crime and drugs remains as impregnable as it was before.

There have been two attacks on foreign tourists, recently. When a criminal in the garb of a local government politician, close to the former ruling family, and his confederates were jailed for killing a British national and sexually assaulting the victim’s girlfriend, at a tourist hotel in Tangalle, in 2011, many thought the punishment, meted out to them, was severe enough to have a deterrent effect on other criminals. But, barbarians continue to unleash violence on beaches.

In Mirissa, two foreign women, on holiday, were sexually assaulted, and others who attempted to save them brutally attacked, on April 08. According to some eyewitnesses who have spoken to the media, on condition of anonymity, a powerful ruling party politician was sighted where the attackers had been boozing, prior to the attack. It is incumbent upon the police to investigate and find out whether the suspects have political connections, and what the politician had been doing there. One week later, another group of foreigners came under attack on the Midigama beach. Both incidents happened in the Weligama police area.

The situation may not be as bad as it is made out to be internationally. But, there are, of course, very serious problems foreigners encounter here and they must be addressed as a national priority, if the country’s image as a tourist destination is not to suffer irreparable damage. The safety of foreign tourists is of paramount importance.

While on the subject, drastic action is called for to deal with the issue of bacchanalia on beaches. Following the 2004 tsunami disaster a new law was introduced to maintain a buffer zone devoid of constructions, along the beach, but it is flouted blatantly. Many unauthorised structures have sprung up, on beaches, around the country, and most of them are dens of vice or fleshpots responsible for drunken revelry at night. Police do not seem to care a damn about these illegal joints, which are a haven for criminals.

The police top brass and government politicians have assured that everything is being done to ensure the safety of tourists. They repeated the same pledge, at a media briefing yesterday as well. Mere words won’t do. The police usually swing into action only after crimes are committed. Crime prevention does not seem to figure high on their agenda. If the Weligama police had, following the Mirissa attack, cared to patrol the beaches and conduct raids on illegal fleshpots thereon, frequented by anti-social elements, the second incident, at Midigama, could have been averted.

Meanwhile, it is reported that the victims of violence at Mirissa and Midigama, have left the country and are reluctant to come here again to identify the barbarians who harmed them. Their reluctance is understandable. But, let them be urged to take the trouble of helping bring the savages to justice. It is incumbent upon the government to bear the cost of their visit and ensure their protection.

This country must be made safe for one and all. Having talked the talk very impressively before the 2015 polls, it behoves the yahapalana leaders to walk the walk.