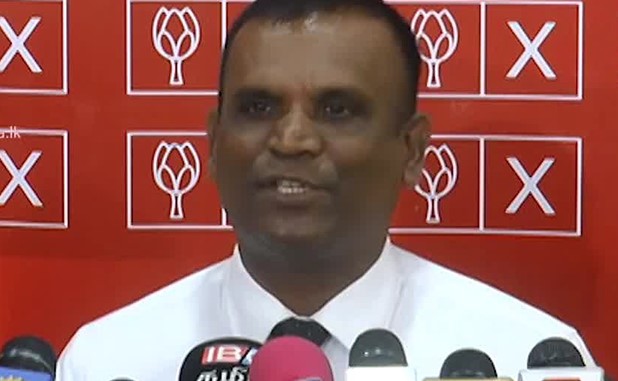 The Bar Association of Sri Lanka (BASL) is condemning “statements made with reference to concluded cases, pending litigation, the role of Judges, the role of prosecutors and the right of representation relating to litigants who are parties to court” by various public personalities.

Although the statement by the BASL does not mention any names, the Association appears to refer to remarks made by Retired Army Major Ajith Prasanna who cast aspersions on several judges, state attorneys and magistrates who were involved in the cases where war veterans were jailed for a variety of crimes.

The controversial figure said that these judges and officials were “promised positions or other rewards” for the prosecution and sentencing of these veterans at a press conference held with several war veterans in Colombo earlier this week.

The BASL said its attention has been drawn “to several media reports that has been given much publicity through the electronic and print media, where references have been made to concluded and pending court cases, the individual conduct of Hon Judges, prosecutors and Attorneys-at-Law representing their respective clients.”

The Association said that It is accepted that no references can be made to matters pending in court. “Any party to such proceedings, any third party and even members of the legal profession should refrain from making such comments on pending litigation” it pointed out.

The statement went on to say that it is “alarming to note is that there are a few instances where members of the legal profession too have resorted to this unsavoury conduct.”

If any such conduct continues the BASL will not be hesitant to refer such matter for appropriate action.

Senior lawyers have voiced concern over the continuing verbal attacks on judges and prosecutors by a vocal supporter of president Gotabaya Rajapaksa, who alleges they have been acting under political influence in executing their duties and functions in their respective roles.

Speaking to journalists, he also claimed that senior prosecutor of the Attorney General’s Department Senior State Counsel Janaka Bandara and Senior Deputy Solicitor General Dileepa Peiris have been working in collusion with the Criminal Investigation Department to prevent certain suspects from being granted bail unreasonably and have conducted the investigations in a biased manner.

“All of these officials haven’t been conducting themselves in this manner just for nothing. They have done so with the intention of getting certain positions, promotions and for payments through the Tamil diaspora,” Prasanna charged.

However, he did not provide details or evidence as to how he came into this information or whether he has complained to the relevant authorities about the conduct of the law officials that he named.

Prasanna has been appearing in politically sensitive cases and claiming that the former government was on a witch-hunt to arrest war heroes.

Senior Counsel Viran Corea, flagging concerns on twitter over the allegations levelled at these judges and prosecutors, said that no proper lawyer attacks judicial officers for deciding cases according to law on facts placed before them after hearing both sides.

Corea adds that likewise, no proper lawyer attacks fellow members of the bar for arguing a court case without holding back for any client (whether government or private party).

“By the above time-honoured yardstick, this gentleman evidently scores a major fail as a real, proper lawyer,” Corea tweeted in reference to Prasanna.