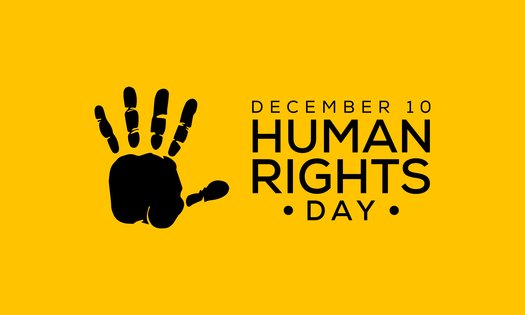 In December 2008, Human Rights Office Kandy (HROK) had started to present human rights awards during the celebration of International Human Rights Day. I was among those who received an award and others awarded included two medical doctors, a priest, a nun, an army officer, a police officer, survivors of rape and torture and several wives and mothers of torture victims. The majority were women. Since then, HROK had continued this tradition of celebrating Human Rights Day by presenting human rights awards. After 2008, a prison official, a journalist, lawyers, human rights activists and several other survivors of rape and torture as well as a group of families of disappeared from late 1980s have been presented with awards by HROK. The award winners have included Sinhalese, Tamil and Muslim men and women from different parts of the country.

“Some of the media reports that followed were extremely unprofessional and biased. They contained some false and misleading information, which could provoke hostility or violence towards those chosen to receive appreciations, HROK or its director and staff.“

Since 2008, I have regularly attended the Human Rights Day events organized by HROK as well as many other human rights programs organized by it. The director and its small, passionate and efficient team had been a major inspiration to continue my own activism. There is much I have learnt from them, particularly their holistic approach and the very humane, loving and caring attitude towards survivors of rights violations, families of victims and activists and journalists in trouble. Work with prisoners, former prisoners, their families and prison officials has been amongst their most significant work.

This year too, I was looking forward to attend the annual Human Rights Day event in Kandy, scheduled for December 11. Several young activists and journalists had planned to join me. The theme “Ensure the Prisoners their Dignity and Rights to Human Conditions” was something that we were attracted to and identified with. Invitees for this year’s event included ex-prisoners, families of prisoners, religious clergy, lawyers, UN staff, police officers and prison officials. I was particularly keen to attend this year’s event because tokens of appreciation were to be presented to families of prisoners recognizing their contributions to promoting fair trials and rule of law.

Court order and its impact

I was very surprised and disappointed when I heard that a court order had been issued prohibiting the holding of the event by the Additional Magistrate of Kandy at the request of the Kandy police. The court order had cited article 106 (1) of the Code of Criminal Procedure Act, which empowers a Magistrate to direct a person to abstain from a certain act if the Magistrate considers that such direction is likely to prevent or tends to prevent obstruction, annoyance, or injury, or risk of obstruction, annoyance, or injury to any persons lawfully employed, or danger to human life, health or safety, or a riot or an affray. However, the reason given in the court order dated December 9 was that the event may cause disunity amongst different ethnic communities. On the very next day, December 10, HROK had made submissions to the Magistrate Court and met the Senior Deputy Inspector General (SDIG) of Police in charge of the Central Province, explaining the nature and background of the event. However, the court order was not withdrawn and, sadly, the event was not held. According to HROK, the police’s apprehensions was not that their event was illegal but that some outsiders unhappy with the event may cause disruptions and tensions.

The biggest dilemma faced by the usually cheerful director and staff was how to explain about this sudden change to the families of prisoners who were eagerly looking forward to the event. This was to be the first time they would receive such appreciation. Some had purchased new clothes, some had started their journeys from far away and had to turn back and some were on the verge of starting their journeys.

Some of the media reports that followed were extremely unprofessional and biased. They contained some false and misleading information, which could provoke hostility or violence towards those chosen to receive appreciations, HROK or its director and staff. Such media institutions and journalists had not even followed basic journalistic ethics of asking HROK for its side of the story. These media reports had increased the distress and trauma caused to those chosen to receive tokens of appreciation. The daughter of one prisoner had been in tears after having seen a media report in a popular Sinhalese daily newspaper. She had been asking whether her child would also face discrimination and stigma due to the grandfather being in prison.

“There have been many such cases of PTA detainees being discharged or acquitted as not guilty after prolonged detention. There are of course some convicted for more serious crimes, including life imprisonment or the death sentence.”

Recognizing struggles of families of prisoners

“Prisoners are Human Beings” is a prominent slogan displayed on the walls of Sri Lanka’s largest prison. Although realities inside prisons are far from this slogan, it is an important principle. But considering challenges faced by families of prisoners, perhaps there is also a need to popularize the idea that families of prisoners are human beings.

Having visited prisons, interacted with several former prisoners and worked with some prisoners’ families, I have come to realize the many challenges they face and to admire the courage and determination they have displayed in their struggles spanning several spheres such as family, neighbors and society, media, legal and political.

The majority of inmates in prisons are suspects, presumed to be innocent until proven guilty as per our constitution and international standards. Many suspects are imprisoned due to remanding being the norm and bail being the exception and when bail is granted, inability to post bail. Many are also imprisoned because they cannot pay the fines for minor crimes. Several years taken to commence and conclude trials is another reason for prolonged imprisonment. Media reports indicate that a detainee under the Prevention of Terrorism Act (PTA) was acquitted as not guilty by courts few days ago, after about 15 years in prison. There have been many such cases of PTA detainees being discharged or acquitted as not guilty after prolonged detention. There are of course some convicted for more serious crimes, including life imprisonment or the death sentence.

Children, spouses, parents and family members should not be penalized for crimes that have been committed or alleged to have been committed but they also end up being victims of these crimes or allegations. Irrespective of why one is a prisoner, family members face many challenges. Visiting prisoners is a nightmare, with long travels for few minutes of meeting, with most prisons not having procedures to allow humane interactions between prisoners and families. COVID-19 brought about cancellation and restrictions of family visits. Families also become desperate to find out how prisoners are doing, particularly in times of crisis, such as the spread of COVID-19 in prisons, assaults like the one earlier this week in the Badulla prison and killings, such as in Mahara in 2020 and Welikada in 2012. Many prisoners had been breadwinners and families are suddenly compelled to seek alternative means of income for survival. Family separations also lead to emotional distress. Social stigma, particularly when prisoners are linked to crimes such as drugs and terrorism and are of ethnic and religious minorities, takes a heavy toll on families. Elderly parents and children are severely affected. The majority of prison inmates are men so women are left to face multiple challenges, including sexual harassments.

Significantly, 21 of the 22 who were to receive tokens of appreciations at the Human Rights Day event were women including mothers, wives and daughters and supporters. The presenting of appreciations for a group of such outstanding people would be an affirmation of their inherent dignity and recognition of their contributions to their own family and society at large. Despite being from different ethnic groups from different parts of the country, this group had worked together for several years and are an example to promote ethnic unity in broader society.

Just three days before the court order, on December 6, 2021, the Supreme Court had affirmed that the arrest and detention of a spouse or a family member or any other relative of a suspect are violations of Constitutional rights and must be condemned and discouraged by courts (SC FR 531/2012, quoting SC FR 9/2011). This reflects a broader principle that family members should not be held responsible or penalized in anyway for any crimes a person may have committed or suspected to have committed. If those chosen to receive tokens of appreciation were denied that opportunity due to crimes their family members have or alleged to have committed, that would be appear to be a violation of this principle.

Organizing a Human Rights Day event is an exercise of the rights to freedom of expression and assembly guaranteed in our Constitution and international human rights law. If any person or group was planning to disrupt such a socially important and legitimate event through illegal means, it is the duty of the police to prevent such disruptions, take legal action against potential or actual disruptors and create an enabling and safe environment for the event to go ahead.

I hope the police and relevant authorities will ensure the event can go ahead without disruptions on a future date and I look forward to participating in it to appreciate the struggles of families of prisoners and promote the idea that both prisoners and their families are human beings.