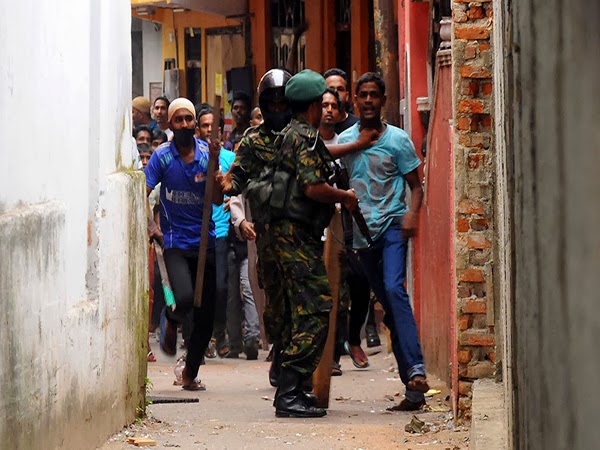 The Sri Lanka Muslim Council raised concerns over threats faced by religious minorities in Sri Lanka following the latest attack on two churches in Hikkaduwa.
In a letter to President Mahinda Rajapaksa, the Sri Lanka Muslim Council said that Buddhist monks publicly claim to be the un-official police and continue to intimidate minorities.
“We kindly urge your Excellency to order the law enforcement agencies to rein-in these mobs that infringe on the peoples fundamental right to worship.
Should there be any breach of law by any individual or groups, we kindly urge that due process is followed and necessary legal action is taken without letting individuals or religious groups to take the law in to their own hands,” the Sri Lanka Muslim Council said.

The Muslim Council drew the President’s attention to the mob attack on the Assembly of God and Calvary church in Hikkaduwa last Sunday while the congregation was engaging in peaceful worship services.

“The unruly mob led by some Buddhist monks blatantly infringed on the people’s right to worship. This is not the first incident of this nature and the police who were present could not prevent these elements from causing havoc at a place of religious worship. Certain Buddhist monks, publicly claiming to be the un-official police continue to intimidate the minorities. This has become a growing trend and has gone unchecked,” the Muslim Council added.

it further added that the Muslim community too has faced many situations of violence, harassment and intimidation by extremist Buddhist groups and up to now, the police have not made any arrests in any of these incidents.

“All Sri Lankans, irrespective of their religious beliefs have high hopes of living a peaceful life in our blessed country after over three decades of conflict. We are confident that under your Excellency’s able leadership, this dream could certainly be a reality. We thank you, your Excellency for your immediate attention and look forward to a complete halt to the threat to the minorities by these extremist groups,” the Muslim Council added.
Photo: Special Task Force soldier blocks a Muslim men tries to run through them with wooden poles outside a vandalized mosque in Colombo
(Colombo Gazette)