Sri Lanka: Article 16(1) – Repeal it or continue to render Muslim women and girls as unequal citizens 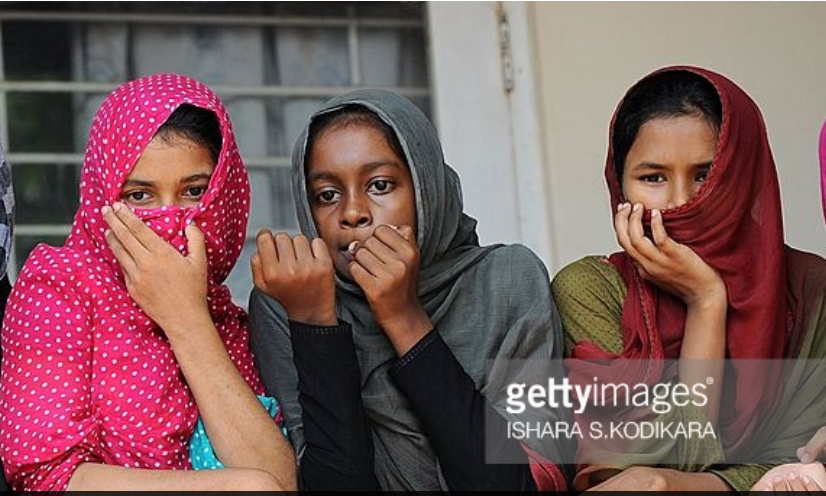 In November, we completed ‘Unequal Citizens: Muslim women’s struggle for justice and equality in Sri Lanka’ – a one-year study that sought answers as to why the reforms to the Muslim Marriage and Divorce Act (MMDA) was many decades overdue. In light of the constitutional reforms process, the study also led to the inquiry about whether or not as a result of our religious affiliation and gender – we and our sisters in faith were equal before the law, as others. The answer, as we found out is a resounding ‘no’, and the reasons are many.

Not only are Sri Lankan Muslim women subject to personal laws that deny us equality in an integral aspect of our lives – marriage and family, but there are also no constitutional guarantees and safeguards of our fundamental rights of equality and non-discrimination in these very aspects.

The events and widespread discussions of the past few months around the Muslim Marriage and Divorce Act (MMDA) of 1951, has made it clear that the status quo with respect to MMDA is untenable. There are serious shortcomings in provisions of the law, procedures and implementation. There are also serious consequences of these shortcomings in creating a culture of discrimination that has adversely impacted on the rights and wellbeing of women and girls within the Muslim community. The struggle of Muslim women for reform of the MMDA against heavy odds has been led by few committed activists, admirable and long suffering but also riven with limitations.

But the legal discriminations do not end there. Since 1978, Article 16(1) of our Constitution has prevented those affected by the MMDA- women and men – from being able to seek redress against discriminatory aspects of the law and has rendered Muslims less than equal as citizens. In other words, if our rights were in any way violated by said personal laws to which we are compelled to abide by should we choose to marry another Muslim, there is no constitutional redress or remedy.

We are in essence denied protection of our individual rights as citizens, simply because we belong to a certain faith group.

So how can this be resolved? What was clear from the study were certain aspects of politics, law making and societal understanding the needs to come together in ensuring that the struggle for equality and justice for Muslims in Sri Lanka is not in vain.

Sri Lankan government has the right and the primary responsibility to address and intervene on MMDA related issues.

For everyone who argues that the MMDA is only up to the Muslim community to decide and debate upon – let us not forget that the Quazi court system was established, administered and is funded by the State and tax-payers money of citizens, Muslim and otherwise. Therefore the Sri Lankan government has the primary duty to address issues and inequalities faced by Muslims under the MMDA. It has the foremost responsibility to ensure that State laws protect the rights of citizens and is not in turn causing discrimination and injustice on the basis of gender and religion.

Abd Allāh Ahmad Naʻīm the author of ‘Islamic Family Law in A Changing World’, which studied the implementation of Islamic family law in 38 countries, wrote that transformation of Islamic family law has been happening to different extents. In the vast majority of countries in which it applies – “The law is enacted in statutory form by the State, rather than being derived from traditional sources of Sharia… Moreover, whether a judgment is based on statute or a selection by a judge, it is legally binding and enforceable only by the authority of the State”.

Ahmad Naʻīm also argues that, “…it is better to recognize openly that this field (Islamic law) like all other law, derives its authority from the political will of the State”. Thus implying that the realm of personal laws if and when mandated by the State becomes the responsibility of the same to address the consequences of the law and to reform, amend or rescind where necessary.

Reforms to the MMDA are critical and long overdue. However as our study shows, it is highly unlikely that 1) consensus will be reached any time soon on all aspects of the MMDA, procedures and Quazi court system 2) the reforms recommended to the MMDA will actually address all the grievances experienced by Muslim women and girls, and 3) that MMDA reforms will be harmonized to ensure that the Act does not infringe fundamental rights enshrined in the Constitution.

Therefore it is imperative that in addition to pushing for progressive reforms to the MMDA, it is equally, if not more important to ensure that the new Constitution protects rights of all citizens, regardless of when or whether or not reforms takes place.

Ensuring equality in the Constitution and allowing for judicial review
The ongoing constitutional reforms process has opened many doors of discussion about individual and collective rights. This is particularly poignant with regard to debate about fundamental rights, personal laws and Article 16(1). While there are many myths regarding Article 16(1) that is prompting few individuals to question whether it should be repealed or retained, what is fundamentally clear is that Article 16(1) is not a positively articulated clause that protects 600+ laws including personal laws. Rather it is a negatively articulated clause that protects discriminatory provisions in these over 600 laws, including the MMDA, granting impunity if provisions in these laws violate fundamental rights.

Therefore in principle for anyone and everyone who believes in equality and non-discrimination for ALL citizens of Sri Lanka – Article 16(1) has to be repealed.

There have been extensive calls for repeal of Article 16(1) tracking back to district level consultations organized by the Public Representations Committee (PRC) since early 2016. Both men and women activists, advocates and affected persons particularly in the North and East have testified and given statements before the commissioners calling for a review of the MMDA. Calls have also included the option to marry under the General Marriage Registration Ordinance (GMRO) – which also discriminates against Muslims by exempting Muslim couples from marrying under the ordinance should they choose to do so.

Consequently, it is imperative that the Constitution grants full equality and protection of fundamental rights to all its citizens, regardless of ethnicity, gender, religion or sect, in order to ensure a standard set of basic rights for all.

What use will a new Constitution and Bill of Rights be if a segment of the population are denied unconditional protection of their fundamental rights?

Repeal of Article 16(1) is particularly imperative for the Muslim community, which has been the target of hate speech and violent rhetoric in the recent past. Muslim citizens understand intimately the struggle to be treated as equal citizens as all others and the importance of having our rights protected in this regard. Therefore repealing Article 16(1) and demanding full protection of our fundamental rights should be an essential demand to this struggle for non-discrimination. To ask the State for our right to be free from discrimination, while being complacent and even soliciting the denial of protection of fundamental rights by continuation of Article 16(1) – is hypocrisy of the highest order.

The new Constitution must address discriminations, heal the crevices that have formed amidst citizens and propel Sri Lanka forward. It cannot leave anyone behind, especially not the most marginalized. To do so, is to render the entire process meaningless and futile. To do so is to knowingly perpetrate injustice for decades to come.