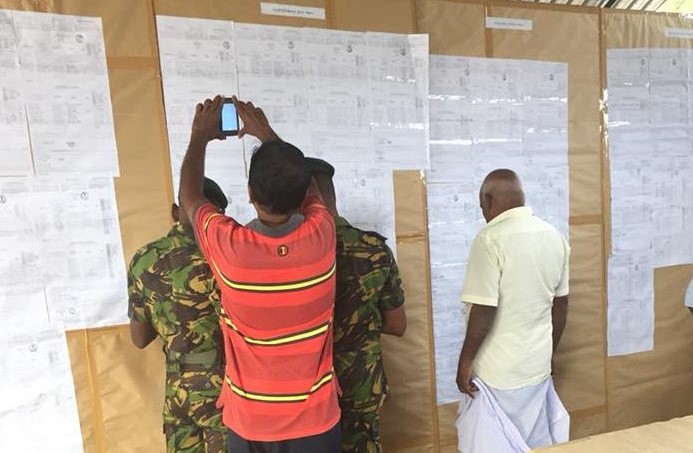 Speaking to the BBC Sinhala service, Lieutenant General Mahesh Senanayake said that gathering information on candidates and other key members of society does not mean they are being monitored.

However, he says if a situation arises where those candidates or others need military protection then the Army needs to have background information on them.

“There is no point waiting for a situation to arise to begin gathering information,” he said.

Asked whether it was not the duty of the Police to handle law and order affairs, the Army Commander agreed but insisted that gathering information was needed as even some former soldiers or deserters come forward to contest elections and the Army needs to have information on them.

In response to another question, Senanayake rejected claims the Army had committed war crimes during the conflict.

He also insisted that the Army was not involved in torture and that the ‘Joseph Camp’ does not exist.

Some human rights groups had alleged that the Joseph Camp in Vavuniya had been used to torture detainees during and after the war. (Colombo Gazette)