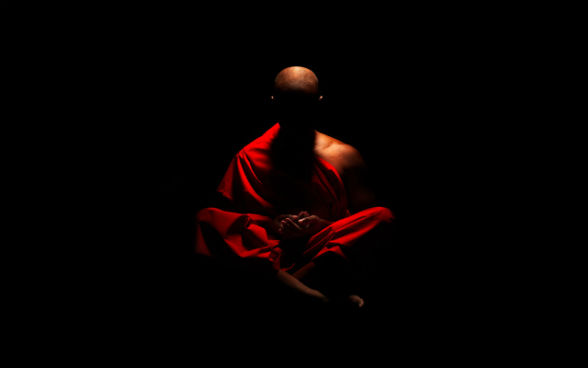 [ Why some Buddhists get violent; Photo-VividLife]

Over the past three years, there has been an evident surge of Buddhist radicalism in Myanmar and Sri Lanka, with the clergy being increasingly involved in violence against minorities, especially Muslims. Both countries have sizeable Muslim populations, and while the situation in Myanmar is the worse of the two, Sri Lanka is not too far behind.

The general deduction is that the current state-of-affairs is a consequence of paranoia over losing one’s culture, Islamophobia, and a typical assertion of the majority over the minority. However, there must also be a closer examination. How did the practitioners of Buddhism – widely perceived as the most peaceful religion in the world – come to resort to violence? Given how a majority of victims in both countries have been Muslims, how much of a role has Islamophobia played? Is there a non-theological reason for the proliferation of religious violence?

In Myanmar, a large section of the society comprises monks, given the large-scale enlisting to monasteries that took place during the Junta years. The clergy holds a moral high ground in Myanmarese society, and has a strong social standing. Throughout the decades of military dictatorship, Myanmar’s clergy fought another issue – the high global attrition rate among schools of Theravada Buddhism. Therefore, protecting the culture became the mainstay, and, knowingly and/or unknowingly, aided the cultivation of non-violent radicalisation among the monks. When this met Islamophobia, it resulted in a violent campaign against 400,000 Rohingya Muslims. Naypyidaw could have easily intervened but it has its own agenda: to wash its hands off the economic costs of providing for thousands of people when its resource basket is already heavily strained. There is a strong ethnic bias element too. Rohingyas do not find favour with the Rakhine Buddhists for their ethnic origins, and given their Muslim faith, Islamophobia has been a side-effect.This, combined with the high social position occupied by the clergy, has resulted in a plausible tacit deal.

In Sri Lanka, action and literature against religious minorities began 40 years ago, soon after the government decided to stop funding the Sangha. Although the victims were not Muslims alone at the start, since the early 2000s, the focus of violent Buddhist radical actions has been Sri Lanka’s Muslim population.

In Sri Lanka, three key ethnicities are identified: Sinhalas, Tamils and Muslims. This makes it evident that despite being a religious and not an ethnic construct, Muslims (who have ancestral links to Arab traders, Tamils, and Malays) are considered to be of another ethnicity – one that is identified by the their religious faith. However, the Sri Lankan Buddhist radical clergy does not target Muslims alone. They began by targeting minorities, and with increasing Islamophobia, they have concentrated their attacks primarily on Muslims. In Sri Lanka, almost all political parties have monks in their membership. The monks’ entry into the political arena they otherwise shunned began just before World War II, and has today become a part of Sri Lankan politics.

The basic difference in the nature of nexus between the Buddhist clergy and the political class in Myanmar and Sri Lanka is that in Myanmar, the clergy has strong socio-political standing and cannot be ignored, and is therefore co-opted; and in Sri Lanka, the clergy – fairly strong but one that is also influenced by modern Sinhala nationalist ideology – is used by the political class as pawns during election campaigns and/or employed to legitimise various government decisions.

However, the split that the Sri Lankan Sangha went through, over three decades ago, resulted in the fragmentation of the clergy. With no direct material support from the government, each group tries to outdo the other to ensure funding that is provided only by wealthy benefactors – who fund only the most radical groups.

In Myanmar, the Buddhist clergy is united and has an upper hand to an extent – or at least an even hand – and the government is in a quid pro quo arrangement with them to secure their individual interests. In Sri Lanka, the Buddhist clergy is becoming increasingly radicalised due to competition for sources of funds – a problem that arose primarily due to ideological differences in the Sangha itself and its implications on political preferences – and the government’s use of the monks for political benefit. Furthermore, in Myanmar, violence against Rohingya Muslims has a lot to do with their ethnic and historical Bengali origins than their faith alone while that is not the case in Sri Lanka.

There are indeed several other factors at play in Sri Lanka, such as the 2004 Anti-Conversion Bill, and the politics and politicisation of the Ministry of Buddha Sasana, among others, and in Myanmar, its citizenship laws. Understanding the core differences between what is unfolding in Myanmar and Sri Lanka is crucial therefore to develop custom-made solutions for each. Evidently, the central factor sustaining these crises is money and/or the lack of it. Financial factors being the bulwark for the sustenance of violence only means it will be easier to resolve than if it were purely ideological.