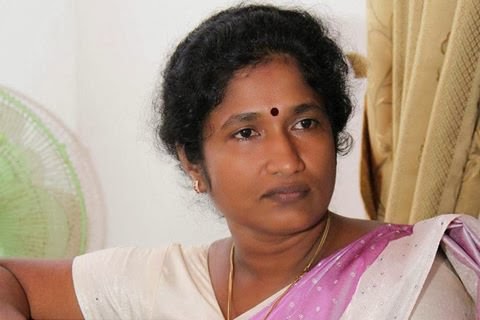 The wife of former LTTE Trincomalee District political head S. Elilan has filed a petition with the Human Rights Commission of Sri Lanka (HRCSL) over alleged threats faced by her and many of those who demonstrated in Jaffna during the visit of British Prime Minister David Cameron.

Anandi Sasitharan, a Tamil National Alliance Northern Provincial Council member, said that she has been followed from the day she organised the demonstration.

She told the Colombo Gazette that many of the family members of those missing who had attempted to grab the attention of Cameron when he visited Jaffna have also been threatened or intimidated.

Sasitharan says she fears for her life and that of her young children as she does not even have police protection despite her house being attacked ahead of the Northern Provincial Council polls.

Cameron visited Jaffna while he was in Sri Lanka for the Commonwealth summit. While he was in Jaffna the families of people reported missing staged a demonstration to draw attention to their plight.

Over 150 family members of those missing took part in the demonstration close to the Jaffna library holding up placards and pictures of their missing relatives. (Colombo Gazette)