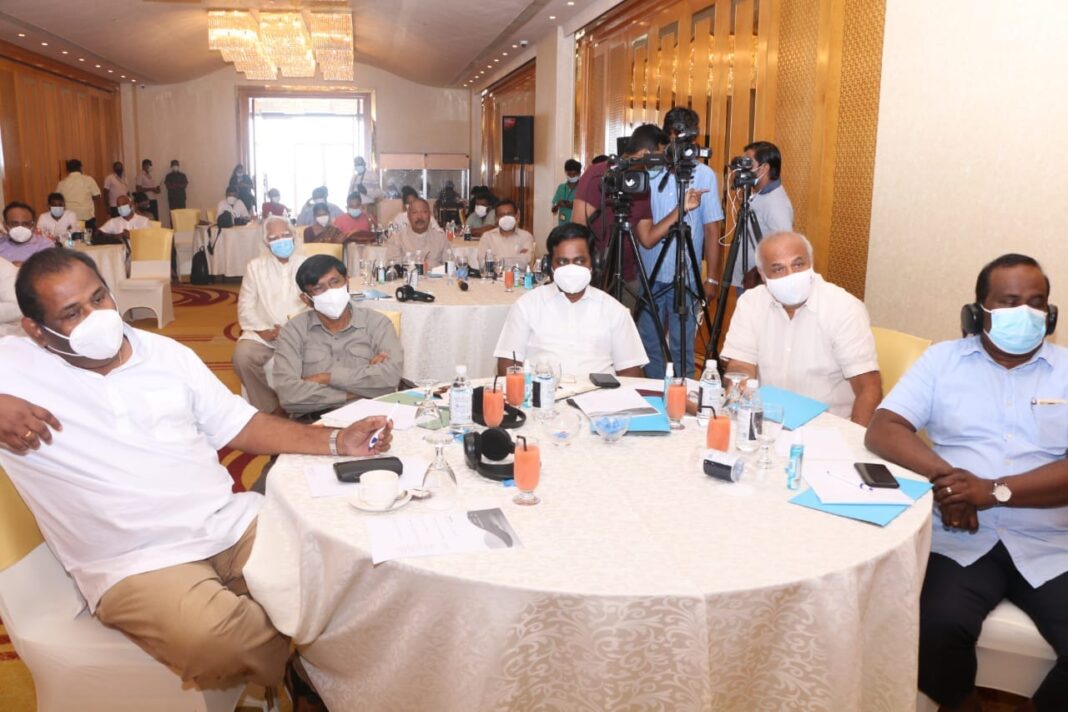 Seven minority political parties met in Colombo yesterday (30) and decided to firmly stand by the proportional electoral system and resist any attempt to change it. This decision will be a direct challenge to propose new constituion of the Rajapaksa government. Without the support of the minority political parties government can not obtain 2/3 majority necessary for adoption a new constitution.

The seven parties committed to work collectively to preserve the proportional electoral system in view of the all-powerful executive presidency that was further strengthened by the 20th Amendment to the Constitution, the organisers of the meeting said. The party leader had decided that the Parliament and all legislatures should act as “check and balance apparatuses” in parallel with the executive presidency in the interest of democracy.

With the inputs from Sunday Morning.