Sri Lanka: All cases filed on abducted and murdered journalists are based on false allegations says Minister Jayantha Samaraweera 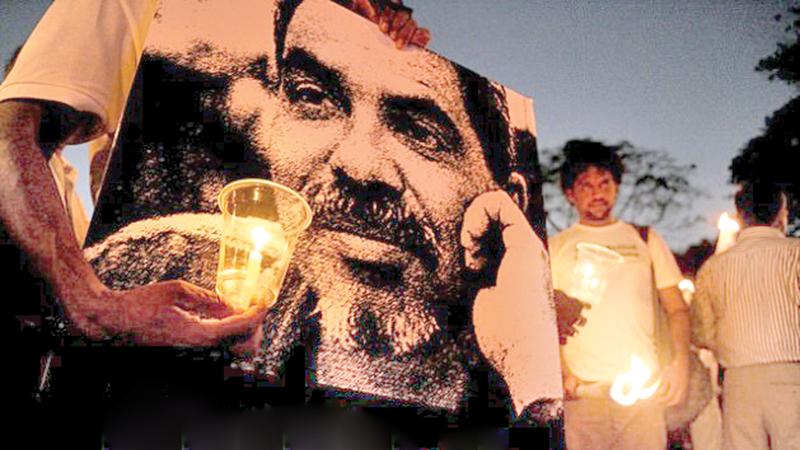 As the world commemorates 2nd November as the ‘International Day to End Impunity for Crimes against Journalists’  a Sri Lankan government minister has told media that all cases that have been filed against killings, abductions, and assaults of journalists in Sri Lanka are fake. State Minister Jayantha Samaraweera has told that the cases filed on the abduction of  Journalist Prageeth Eknaligoda, the murder of Editor Lasantha Wickrematunge, the assault of Journalist Keith Noyahr and the assault of Editor Upali Tennakoon are based on false charges in the witch hunt against the war heroes attached to the Intelligence Services.

He has told media that several witnesses are ready to reveal how a group of former and incumbent MPs, representatives of non-governmental organisations (NGOs), some officers of the Criminal Investigations Department (CID) and certain representatives of Western diplomatic missions hatched a conspiracy to file 10 cases, based on false charges, to imprison around 100 intelligence officers.

He has further said that “These witnesses are ready to give evidence before Presidential Commissions of Inquiry and the Courts. They are prepared to reveal many unrevealed facts about the undue influence exerted by the former Director of the CID, Shani Abeysekara, and Nishantha Candappa and Tissera (both attached to the CID), in filing false charges against war heroes attached to the Intelligence Services in order to put them behind bars.”

Therefore, he claimed that since 10 cases (including the incident concerning Journalist Prageeth Eknaligoda, the murder of Editor Lasantha Wickrematunge, the assault of Journalist Keith Noyahr, the assault of Editor Upali Tennakoon, the abduction of four youths in buses, the incident concerning 11 youths who were abducted from Trincomalee, the murder of former MP Joseph Pararajasingham, the murder of former MP Nadarajah Raviraj, and the murder of ruggerite Wasim Thajudeen) had been purposefully filed on false charges in the witch hunt against the war heroes attached to the Intelligence Services, he would request from President Rajapaksa and Prime Minister Mahinda Rajapaksa, to review these cases.

Samaraweera also claimed that owing to around 100 war heroes attached to the Intelligence Services from the Army and the Navy being imprisoned and punished, they had lost all benefits and privileges owed to them from their employment and that this had resulted in a great injustice to the families of these war heroes. Samaraweera pointed out that he would soon be writing to President Rajapaksa and Premier Rajapaksa requesting that this injustice be rectified and for all such denied benefits and privileges to be afforded to them once again.
Read the original story as a PDF: Witnesses ready to reveal conspiracy – Ceylon Today