Sri Lanka: Alienating minorities to hold on to the Sinhala majority – P.K.Balachandran 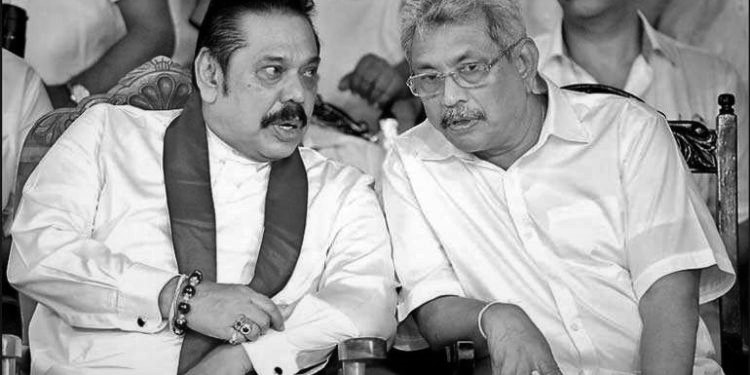 Why no overtures will be made to Tamils and Muslims by the SLPP until after the parliamentary elections.

(Daily Express) The ruling Sri Lanka Podujana Peramuna (SLPP), whose Presidential candidate Gotabaya Rajapaksa won the November 16 election without the support of the minority Tamils and Muslims, and is still to reach out to them in any overt way, is likely to build bridges with them after the April 2020 parliamentary elections, sources close to the SLPP leadership said.

According to them, the party and the Gotabaya regime will have to hold on to their hardline Sinhala majoritarian stance to keep the Sinhala constituency with them in the run up to the parliamentary elections.

The SLPP fears that any move to dilute the stand by talking about “reconciliation” with the Tamils or making promises to devolve power to the Tamil-speaking Northern and Eastern Provinces or rubbing shoulders with or making deals with Muslim politicians at this juncture, will only invite the displeasure of the majority Sinhala community. Their alienation could seriously affect the SLPP’s prospects in the parliamentary elections.

The parliamentary elections are a different kettle of fish. Issues that dominated the Presidential election may not be the predominant issues in the parliamentary elections. In the latter, local issues and the standing of the candidates would assume importance. Then there is the burden of incumbency which the SLPP will be saddled with although it would have been in power for only four months by then.

These factors will pose new challenges to the SLPP. In that context the SLPP would not like to lose what it already has, namely, the votes of the Sinhala majority. Therefore, until polling day in April, at least, the SLPP’s theme song will be: “No reconciliation at the cost of the dignity of the armed forces”; “No giving in to demands for devolution at the cost of the unitary structure of the State”; “no release of suspected Tamil militants” and “no UNHRC-dictated accountability mechanisms”.

And in so far as the Muslims are concerned, there will be “no truck with their communal and extremist leaders”. Post April 21, 2019 bombings, the aversion to associations with the Muslim leaders has gone to the extent of not taking a single Muslim into the Council of Ministers even as a Deputy Minister.

President Gotabaya Rajapaksa told the Colombo-based foreign media that no Muslims were appointed because there was a cap on the number of ministers. But this answer was not at all convincing. Obviously he felt that it would be good not to be seen in the company of even moderates like Faiszer Musthapha of his own party and Rauff Hakeem of the Sri Lanka Muslim Congress, at least for the time being.

Mahinda As A Counterpoise

However, while President Gotabaya Rajapaksa is playing safe, his brother, head of the SLPP and former Lankan President, Mahinda Rajapaksa, is in touch with the minorities. Though avoiding the Tamil National Alliance (TNA) leaders because they are incorrigible with fixed notions on issues, Mahinda is privately meeting individual Tamil leaders who are amenable to suggestions that they look at issues and ways to deal with them differently from the past.

These minority politicians appear to be happy with their meetings with Mahinda as he has a way with people and can get round them with a mixture of give and take. Unlike some hardliners in the SLPP, Mahinda Rajapaksa knows that getting a two-thirds majority in Sri Lankan parliamentary elections is well neigh impossible given the Proportional Representation system and the multiplicity of factors which come into a play in district-based electorates with a multiplicity of candidates of varying abilities.

If a two-thirds majority is a mirage, the Gotabaya regime has to think of alternatives to jettisoning the 19 th.Amendment and only hope to tinker with it to strengthen the Executive Presidency and to rationalize the clauses to reduce confusion and smoothen the rough edges for the sake of good administration.

Indeed ,there is much that can be done to improve the 19A without jettisoning it outright. And for this, parliamentary consensus is possible. Jettisoning the 19A completely will be considered undemocratic and will give the opposition United National Party (UNP) a handle to attack the government and further alienate Lankan liberals and their supporters in the West.

At least a section of Eastern Tamils (albeit small) feels that Muslims have gained a lot by joining governments and have been able to corner benefits by using the levers of power. If the Tamils are not to be marginalized economically and politically, they will have to have a hand on the levers of power and not confine political activity to demonstrating outside parliament and making thundering speeches within. It is time Tamil politics went beyond sound and fury and acquired more substance.

This will also help friendly India to do some good to the Tamils. Keen on forging economic ties with Sri Lanka by securing Colombo’s goodwill, New Delhi is eager to contribute to the economic development of the Tamil-speaking North and East. When the present Indian Foreign Minister S.Jaishankar was Foreign Secretary, he told the TNA frankly, that they will have to shift the emphasis from political demands to economic demands as there is only so much that India can do on the political front. India has done its best under the circumstances and cannot do more. As Prime Minister Modi did when President Gotabaya visited Delhi in November, India can only appeal to the sovereign government of Sri Lanka to fully implement the devolution scheme under the 13 th. Amendment. It has no means to force Colombo to do it, having failed to do it even with the deployment of the Indian army between 1987 and 1990.

A section of pro-SLPP Tamils also believe that the results of the April 2020 parliamentary elections will strengthen the hands of the more moderate Prime Minister Mahinda Rajapaksa vis-à-vis the hardline President Gotabaya. The SLPP-led by Mahinda and Basil Rajapaksa is expected to get a majority of seats if not a two thirds majority. Since the campaign will be led by Mahinda and his brother Basil, the balance of power will shift somewhat from the hardline Presidency to the parliament led by the more moderate, amenable and pragmatic Mahinda. It is believed that this will result in a modification of government’s policies towards the minority Tamils and Muslims.